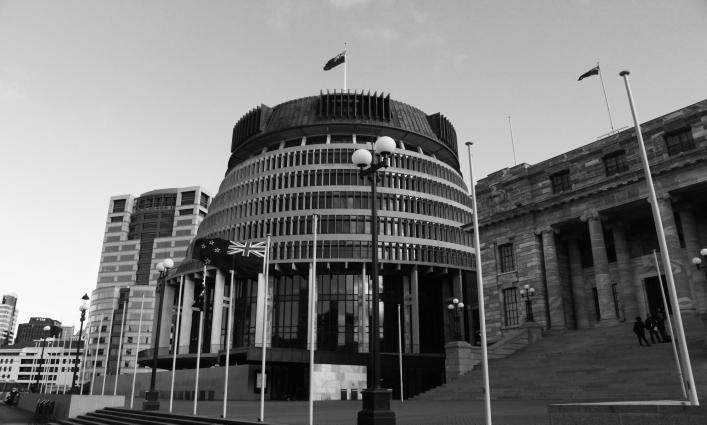 10 of the best political dramas

As we countdown to upcoming elections here and in USA, which will define how we live for the next few years, it’s a great time to immerse yourself in political drama. The New Zealand election is on October 17, with Americans going to the polls on November 3 for what looks like a volatile vote, here are 10 shows that capture the brutality – and farcical nature – of politics.

With two women going head-to-head in the battle for the country’s reins, we might be tempted to forget how progressive New Zealand is compared with the rest of the world. Just ask Hillary Clinton how hard it is to be a woman vying for power in America.

Hillary is a compelling look at Clinton’s backstory and tackles all the major aspects of her life. Far more hurtful than her husband’s affair with Monica Lewinsky, is the decades of abuse she suffered inside a misogynist system. For Hillary fans, this is best watched with nothing breakable nearby.

The “sliding door” contrast with Clinton’s fate, is captured in Michelle Obama’s documentary-based-on-a-book, Becoming. It’s a lovely, revealing enough, glimpse into the life of the former First Lady. Safe yet uplifting – it’s a bit like Obama herself, who proves you can get things done in political circles without being mean and nasty.

American politics lends itself to drama and the two defining shows of the past 20 years are a contrast in tone. The West Wing focuses on the inner workings of the Oval Office. The structural stuff – from perfunctory meetings, to mangled press conferences, to crisis management – is captured with a fine-tuned lens. It feels like a true reflection of the hidden cogs and gears of the political system. In that sense it’s totally believable but also feels a little other-worldly in the current Trump era thanks to Martin Sheen’s president, Jed Bartlet, being impossibly wholesome, principled  and schmaltzy.

This is the counterpoint to The West Wing – and the difference in tone and feel is a reflection of the way the world changed between from 1999 and 2013 (and how TV changed too). While The West Wing comes straight from the old-fashioned world of analog TV, the venomous and murderous couple of Frank and Claire Underwood are very much of the streaming era. For political chess, ruthlessness and patient long-game strategy, the Underwoods own the board.

Satire often gets closer to the matter than drama and with Veep it’s definitely a case of reality imitating art. Take the 2016 Australian election campaign when former prime minster Malcolm Turnbull campaigned with the slogan “Continuity and Change”. The writers at the Veep couldn’t believe their eyes having created the slogan “Continuity with Change” for Selina Meyer’s character. As the Veep writers noted of their slogan: “We needed it to be hollow and oxymoronic, to say absolutely nothing but seem to have depth and meaning. It couldn’t be too daft though – it had to be funny but still believable.”

As they say, you can’t make this stuff up … a maxim that applies to the next trio of shows focused on the lives of former US vice-president Dick Cheney, the late TV mogul Roger Ailes and former Trump advisor Roger Stone.

Vice is the story of how Cheney was the real brute in the George W Bush era. It’s a great movie but would have been an even better mini-series because it feels like way too much is crammed into a short space of time. Adam McKay employs some of the same story-telling devices from The Big Short and Christian Bale delivers a stunning performance as Cheney to create an interesting take on what were previously regarded as some of the worst years in American politics, before … you know.

Roger Stone is a name we should be more familiar with given the huge role he played in turning the world upside down. The man should be in jail right now for misleading and lying to the investigation into Russian meddling in the US election. But – because this is America – Trump commuted his 40-month sentence. From the safety of home, Stone is now advocating Trump use martial law to remain in control should he lose the election on November 3.  Stone’s  right wing, negative, politics stem from the Richard Nixon era – he has Nixon’s face tattooed on his back – and he was the one who decided back in the 80s that Trump was the kind of character who could win a US election as long as he could turn politics into a circus.

Completing the trinity of shows about right-wing powerbrokers is The Loudest Voice (Neon). Russell Crowe is almost unrecognizably outstanding as Roger Ailes, the founder of Fox News and Republican Party puppeteer who was bought down the strong women who stood up to continual sexual harassment.

Written by David Simon, the brains behind The Wire, and based on a novel by Phillip Roth, The Plot Against America imagines an alternative history in which aviation hero Charles Lindbergh –  a racist, Nazi sympathizer in real life – is elected president and takes his country on a descent towards fascism. The fact so much of Lindbergh’s background is true – this show will send you to Google, for sure – gives some weight to possibilities painted in this story.

A similarly compelling and believable premise is the Norwegian drama Occupied.  Norway, having elected a green government, decides to stop oil production in favour of alternative, environmentally-friendly resources. But the rest of Europe, led by Russian, relies too much on Norway’s oil production so they step in to encourage (strong-arm) prime minister Jesper Berg to rethink the strategy.