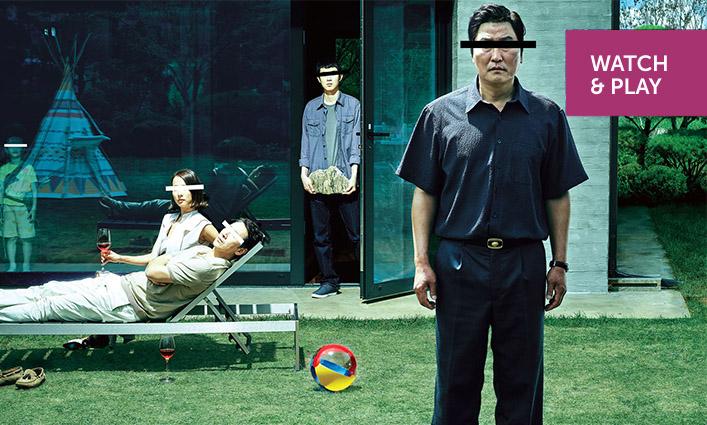 The best of: Foreign films

The most-talked about film of 2019 and a four-time Oscar winner in 2020, the South Korean black comedy Parasite has sparked a renewed interest in foreign language films.

In winning best picture at the Academy Awards, Parasite broke the template of foreign language films as them being confined to small audiences at film festivals and in art-house movie theatres. Already its being (re)-added to movie theatre listings around the country but guess what? You can stream this one from the comfort of your living room from Lightbox for just $6.99 (standard definition) and $7.99 (HD).

Parasite – from director Bong Joon-ho (Snowpiercer) – tells the story of a poor family who con their way into the lives of a wealthy family and exploit their need for hired help of every kind. It’s a mystery-comedy-drama-thriller with a hint of creepiness that somehow delivers an epic genre-blending slow burn.

The success of Parasite makes you wonder … What other gems are tucked away in our streaming services waiting to be (re)-discovered?

So, here’s five fantastic foreign films for a free night in…

Before Parasite, one of the most talked about foreign films was Roma (Netflix).  It sent everyone gaga in 2018. Shot in black and white and set in turbulent 1970s Mexico, it earned 10 Oscar nominations and Alfonso Cuarón took home the best director title. A visually stunning, tumultuous tear-jerker, this semi-autobiographical film is a love letter to the women who raised Cuarón.

South Korea has a history of making great films that are a bit on the dark side, such as 2016’s Train to Busan (Netflix).

It’s a zombie apocalypse horror perfectly metaphored by the fact it happens on a train – it’s fast and tightly-packed. Yes, it’s a bit gory … but it’s a hugely entertaining ride and yet, beneath the bloody surface, it delivers a well-observed social commentary that crosses any language barrier.

For a change of pace, the lovely and whimsical Amélie (iTunes)  is worth watching again (or for the first time) as much for the fact its 2001 focus – that our own happiness comes from being kind and looking to make others happy – feels more suited to the current climate than it did nearly 20 years ago.

Plus, it introduced to the world to the flirtatious charms of French actress Audrey Tatou who channels the other great Audrey Hepburn.

The film focuses on lonely Amelie whose life is changed dramatically at the news Princess Diana has died in a car crash. That sets off a chain of events that are told with a charming, just-right tone of levity and joy.

Make sure your Wi-Fi is prepared to stream all the best content. Find out what broadband options are available at your home via our Broadband Checker here.

Foreign cinema seems to do war movies differently than the West. And none exemplifies that vibe quite like Das Boot (iTunes).

This is a gripping, intensely detailed account of life inside a German U-boat during World War II. It’s a classic anti-war film that doubles as a claustrophobic, psychological thriller of the highest order. For fans of the movie, the series inspired by it – and of the same name – is screening on TVNZ On Demand.

One of the most popular cinema styles in the world has to be Bollywood – and 3 Idiots (Netflix) will show you why.

Buddy road movie meets Wedding Crashers meets Weekend at Bernie’s, it’s the story of two friends who go looking for an old mate – the third idiot from their youth – who has mysteriously vanished.

And it’s complete with some great Hindi song and dance routines!