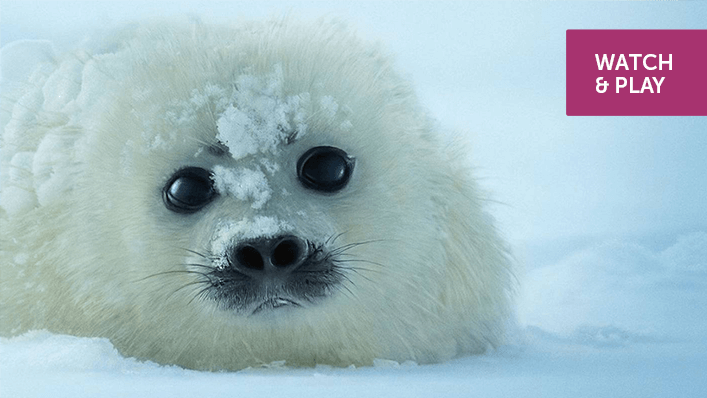 The best nature documentaries Netflix has to offer

From the ice caps to the jungles, and all the oceans and creatures in between, there’s no doubting we live on a fascinating planet – and it never hurts to remember how special it is. In the words of Sir David Attenborough: "An understanding of the natural world and what's in it is a source of not only a great curiosity but great fulfilment.”

So on the next rainy day when you aren’t out exploring our own very unique backyard, tune into some of the best nature documentaries on Netflix.

Produced for Netflix by the multi-award-winning British natural history filmmakers Alastair Fothergill and Keith Scholey, and with narration from David Attenborough, Our Planet is one of the most ambitious offerings. Made in cooperation with the World Wildlife Fund, Our Planet puts an incredible lens on the natural world. More than 600 crew members spent several years in 50 countries across every continent examining a variety of habitats and how they are changing. Along the way, viewers find out how each threatened habitat is linked and why they are all vital for the survival of our planet. Expect high production standards and a strong message about conservation.

How this Will Smith-narrated documentary manages to make our own planet look “other-worldly” is the beauty of this captivating 10-part series. It doesn’t tell us anything new from a scientific point of view, but by taking a different perspective it puts a new spin on the quite extraordinary story of how our planet ended up brimming with all sorts of life in a part of the universe that’s otherwise too harsh for existence. Chris Hadfield, the astronaut who filmed himself singing David Bowie's song Space Oddity in zero gravity, features prominently and is a great communicator. Filmed like a Hollywood blockbuster and just as engaging.

In this interactive Netflix show, Bear Grylls is on a mission – a mission where you decide how he reaches his goal. And that’s the phrase Grylls uses – “you decide,” he says, staring through the screen and looking directly at the viewer. Then you press the button, picking options like scaling a cliff or scrambling along the coastline, crossing a gorge on a log or swinging across on a vine, building an igloo or sleeping under a rock, eating bugs or eating a mushroom. It’s like an interactive game and the cool thing is that some choices lead to disaster and others succeed based on your decisions, which often pit seemingly common sense choices against more risky options that could pay off big time. Or not. It might be a tad over-dramatised, but it’s good fun.

This documentary makes a case for visiting Colombia without shying away from the realities of life there. What’s most intriguing about Colombia: Wild Magic is the sheer diversity on offer in this small Andean country. It took five years to shoot the 85 locations and 20 ecosystems that appear. Even British director, Mike Slee, says he was stunned by what they discovered, saying that before he took the job the only things he knew about Colombia were that it was a country full of jungles and marked by violence, but that he ended up discovering a “hidden treasure” which features everything from condors, jaguars and humpback whales.

Have you got the fastest available broadband for your house? Find out here.

Netflix teamed up with executive producer Leonardo DiCaprio to make this Academy Award-nominated documentary. It’s a truly mesmerising documentary as it’s actually more investigative journalism as much as anything. The movie starts by following park rangers in Virunga National Park, where they are trying to protect endangered mountain gorillas against poachers and the encroachment of big corporations who want to exploit oil reserves found inside the UNESCO World Heritage Site. Director Orlando von Einsiedel set out to chronicle the dangers faced by the rangers but manages to document a chain of bribes involving a British oil company. A compelling and important film.

Leonardo DiCaprio is involved in this film as well, but way more visibly as he travels the globe carefully trying to offset his carbon footprint as he explores the damage being done to the planet by climate change. He starts his journey in a pessimistic mode, but as he talks to scientists, politicians and other experts he starts to see the possibility of hope. The movie is great for all ages, particularly as it gives helpful advice on what individuals can do in the face of a seemingly possible task. DiCaprio’s interest in conservation and climate change began when he met Al Gore almost 20 years ago and he’s no flyweight movie star trying to look good; this is a genuine heartfelt film.

This is a few years old but the science is compelling and even more relevant today. If you have any doubts about climate change, then this documentary might just change your mind. When you see a large chunk of ice break from sheet and fall into the ocean and learn it’s the size of Manhattan, it really does spark worry. This dramatic film follows scientist James Balog and his team from the Extreme Ice Survey as they gather important data. Even as global warming is still being dismissed, the science here is based on actual observation and it’s hard to look away.

Drawing from hours of never-before-seen footage that’s been stored in the National Geographic archives for over 50 years, this tells the story of the legendary Jane Goodall, a woman whose chimpanzee research challenged the male-dominated scientific consensus of her time and revolutionised our understanding of the natural world. It’s an intimate portrait of a trailblazer who defied the odds to become one of the world’s most admired conservationists. At one point, Goodall reflects: “The more I learned, the more I realised how like us they were – in so many ways.”

Wild North – Scandi Noir dramas are quite the thing these days – and this is one for lovers of the dramatic landscapes of Scandinavia. It’s just three episodes, focusing on the three key habitats in Norway: the coast, the forest and the mountains, home to the arctic fox.

Dogs – Who doesn’t love puppies? This series follows the tales (tails?) of six puppies and their relationships with their owners. Have the tissues ready.

Beary Tales –  A well-known wildlife photographer living alone in the Bohemian Forest finds himself adopting a pair of abandoned bear cubs. Great for the little ones.

Meat Eater – Well this won’t be for everyone (vegans, animal lovers look away) but it does deal with the ethics of hunting as conservationist-chef-hunter Steve Rinella treks into remote regions in search of game meat.