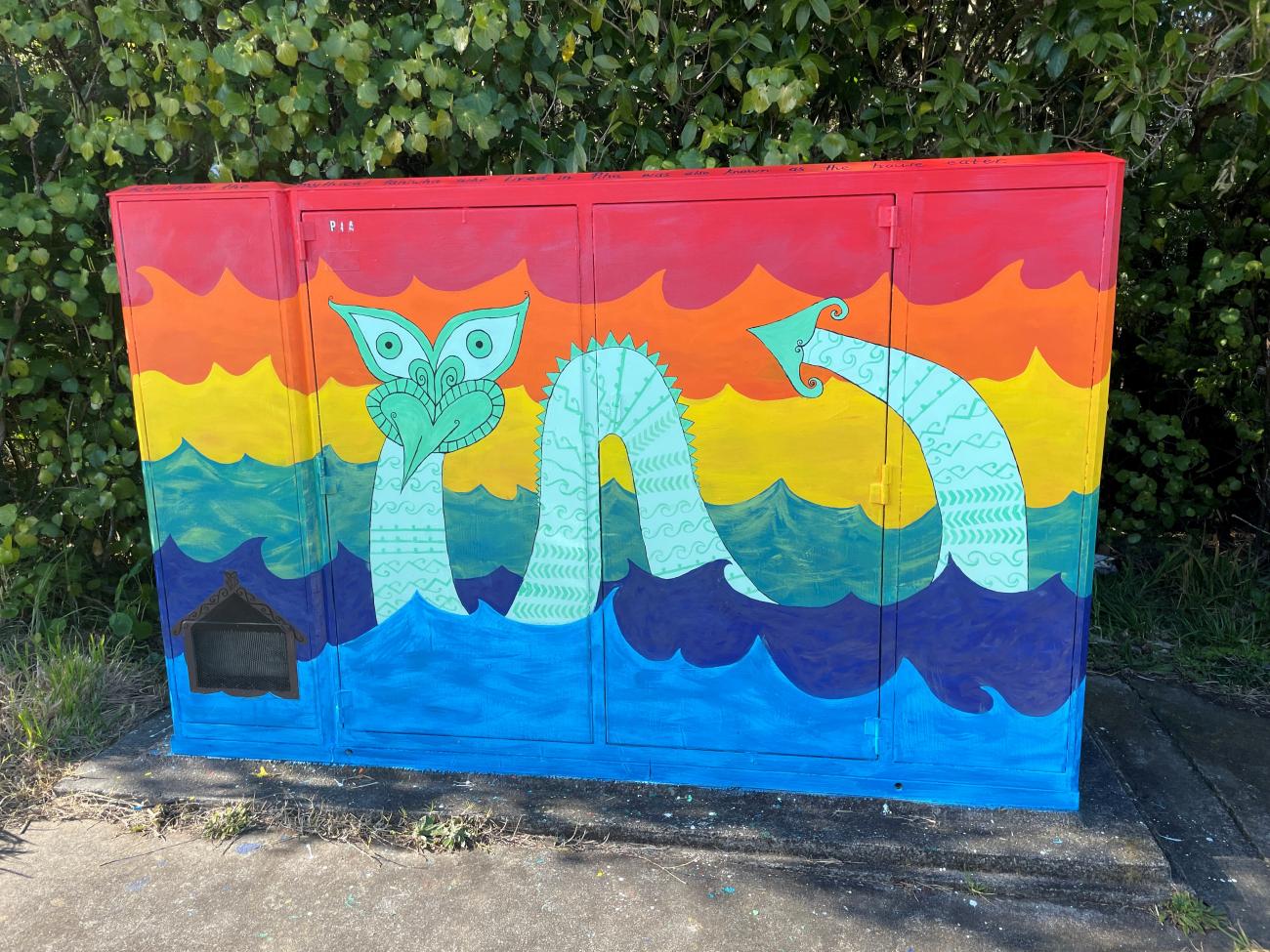 Kaiwhare - the taniwha of Manukau Harbour

Just in time to beat the lockdown blues, this colourful Piha mural is brought to us by Rebecca Walton-Hannay and  is called Kaiwhare - the taniwha of Manukau Harbour.

Kaiwhare was the guardian spirit of the coast and Manukau Harbour entrance, but he also caused floods and overturned canoes.

Kaiwhare means “the house eater”, so named because local folk embarking on ocean voyages or fishing trips floated in food on a little raft with a house on top, to appease Kaiwhare.

In the end, the the local iwi decided Kaiwhare had to be killed because he was causing too much trouble and was eventually tamed by Tamure, who was understood to have a magical mere/pounamu with powers to defeat taniwha.

When Tamure and Kaiwhare wrestled, Tamure clubbed the taniwha over the head and, although he was unable to kill it, his actions tamed the taniwha.

Kaiwhare still lives in the waters but now lives on kōura (crayfish) and wheke (octopus). 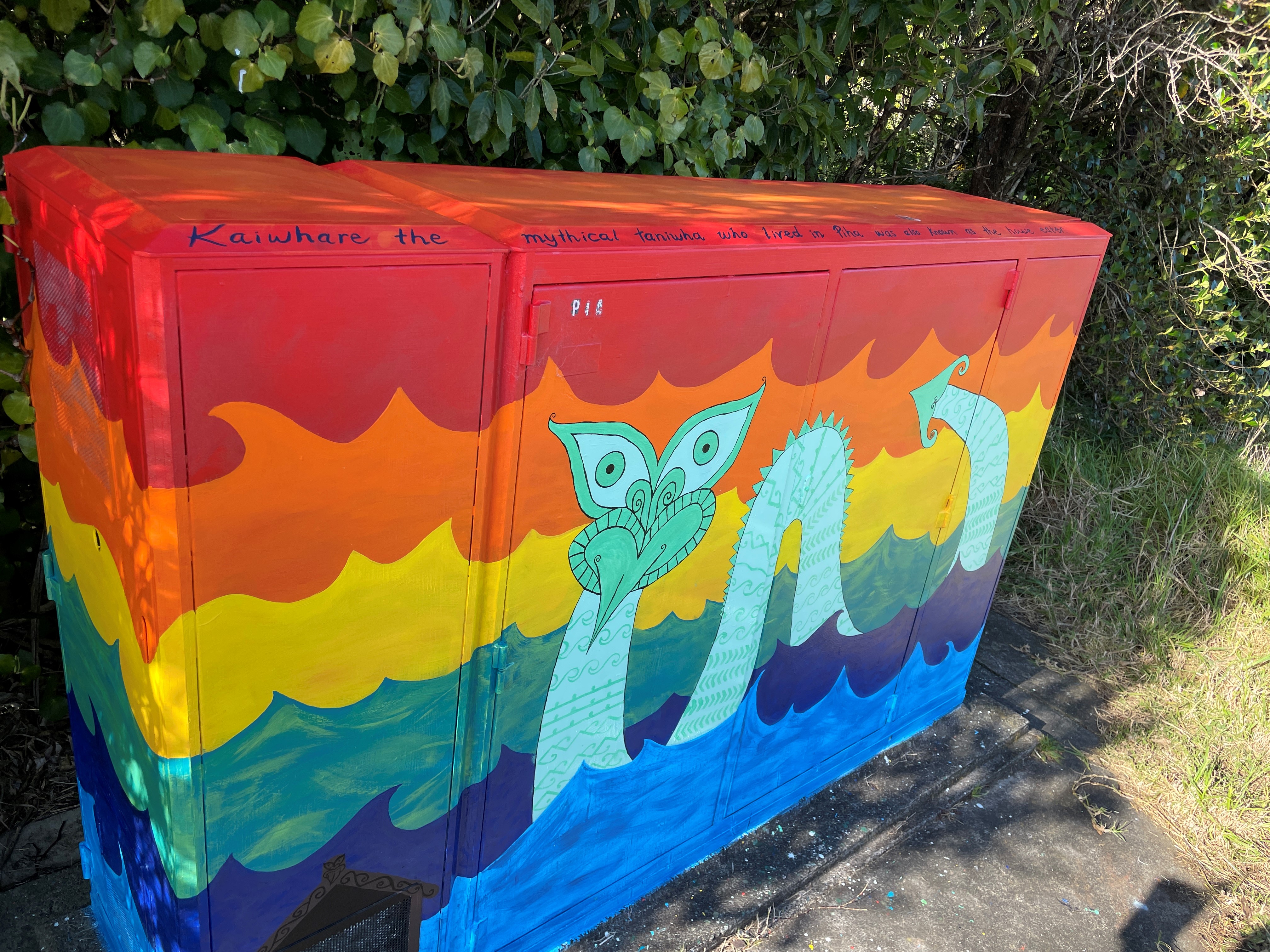