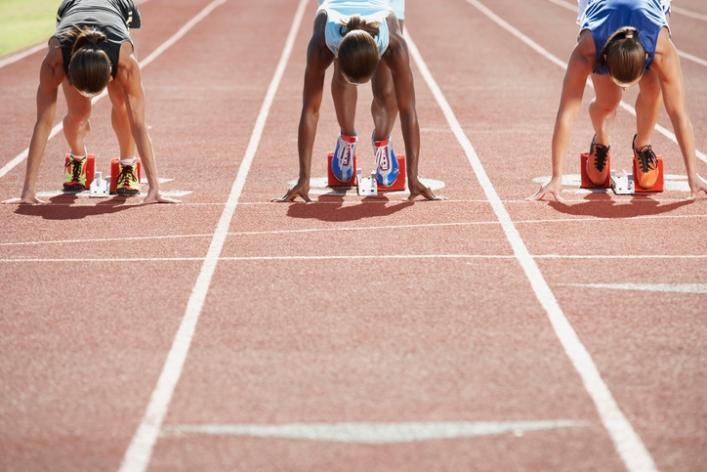 Catch all the Olympic action online

The Covid-delayed Tokyo Olympics officially open on July 23 but there’s a “soft” opening on July 21 when – among others – the Football Ferns are in action against arch-rivals Australia (aka The Matildas).

It’s the start of a 19-day sporting extravaganza in a friendly Asia-Pacific time zone that means New Zealanders can  binge for hours in prime-time without losing too much sleep.

Apart from the opening ceremony – from 8pm on Friday, July 23 – the hardest thing might be working out where to put your attention.

If you’re a dedicated Olympics nut and you want to see anything and everything, Sky Sport Now has more Olympic Games content than you can possibly handle. And before you grumble that Sky Sport is too pricey, they’ve already heard you and are offering a one-off payment of just $24.99 to access all their Olympic coverage, a little over a dollar a day.

What do you get for that? An all-you-can-eat Olympic buffet.

HOW TO WATCH ON SKY SPORT NOW

Sky Sport Now has 12 dedicated channels (plus if you sign up for the Olympics you get access to all other Sky Sport channels as well).

It’s a great deal and the pricing probably reflects the fact that Sky have done a deal with TVNZ for some free-to-air coverage (and we’ll come to that in a moment).

On top of that they are offering access to what they call the Sky Olympic Video Player app, essentially an on-demand service. If you sign-up – or if you’re a current customer – you can download this app for free and it will have every event live.

So, if it’s a super-busy day and 12 channels are not enough – or if you follow one of the more minor sports that doesn’t get the same coverage as others – you will have a way to watch it as you please.

The Sky Olympic Video Player app also as heaps of other video content, athlete bios, real-time statistics you and more. It’s available on IOS and Android and works with Chromecast and Airplay.

HOW TO WATCH ON TVNZ.CO.NZ

While Sky has you covered across multiple channels, if you prefer to get everything in one place and don’t want to worry about keeping track of the remote, or if you want a specific New Zealand focus and are happy to wait for occasional delayed coverage (provided you can stay away from Twitter and other news sites) then TVNZ’s online streaming service is your one-stop shop for all things silver-ferned.

The national broadcaster will have 12 hours of coverage every day – with a break for the 6pm news – and going right through until 2am. That’s a tonne of prime-time viewing for free. Of course, there will be ads … so if they annoy you: see above!

The beauty about using TVNZ’s streaming service is that it’s an easy way to keep abreast of things during the work-day – you can stream it to your desktop and have it running in the background, or watch on your phone during your commute.

At home you can stream TVNZ from their smart TV app or cast it from your phone or simply watch on your laptop, tablet or PC.

TVNZ will have a huge crew covering the event and are promising a studio set up that will feature “augmented reality graphics” to offer viewers detailed information profiling Kiwi athletes and dissecting their performances.

Or go to the TVNZ website where you will need to create an account if you don’t have one.

The International Olympic Committee also has its own channel – as you’d expect of a modern sporting organisation of behemoth proportions.

The channel is live right now and has a fantastic collection of documentary movies, explainer series and a variation on a reality TV show Wife Swap where star Japanese athletes switch sports. There’s also archival footage from past Games and athlete profiles. Some of the documentaries are quite excellent – such as Rulon, the story of Rulon Gardner who grew up on a dairy farm in Wisconsin and survived being shot by an arrow as a kid, had a learning disability and yet went on to win a gold medal in wrestling at the Sydney Olympics in 2000.

There’s a great look at Cuba’s boxing heritage and for Kiwis it’s worth checking out the feature on Valerie Adams, as part of the series called You Got This.

A good way to prep for the Games is the series on new sports such as surfing, sport climbing and skateboarding – as the Olympics hauls itself into the 21st century.

Skateboarding will feature street and park disciplines — the former featuring a street course with additions including rails and ramps, and the latter seeing competitors bust out big airs in a bowl.

Sport climbing — or rock climbing if you like — should be a fascinating watch as competitors compete in climbing, bouldering and speed climbing, earning points in each that count towards the final medals.

Surfing will be held outside Tokyo at Shidashita beach on the east coast of Japan.

Fresh twists have also been added to existing sports. Basketball will now feature a three-on-three competition, as well as the standard five-on-five, while BMX freestyle has been added to the usual BMX racing, and will see cyclists perform tricks.

When the Games start the Olympic channel is promising live coverage of every event.  You can watch it on your PC, tablet or phone.

Or, if you have Apple TV or Android TV, you should be able to connect to Olympic Channel app through your device.

There is also plenty of content to read and watch on the New Zealand Olympic page although, fair warning, the user experience leaves a bit to be desired. But there is a nice video of kayaker Lisa Carrington talking about her Games  experience as she goes to Japan with a chance to equal Ian Ferguson as the Kiwi with the most Olympic medals. Ferg has five (4 gold 1 silver) while Carrington (2 gold, 1 bronze) will contest four events: the K1 500m, K1 200m, K2 500m and K4 1000m.