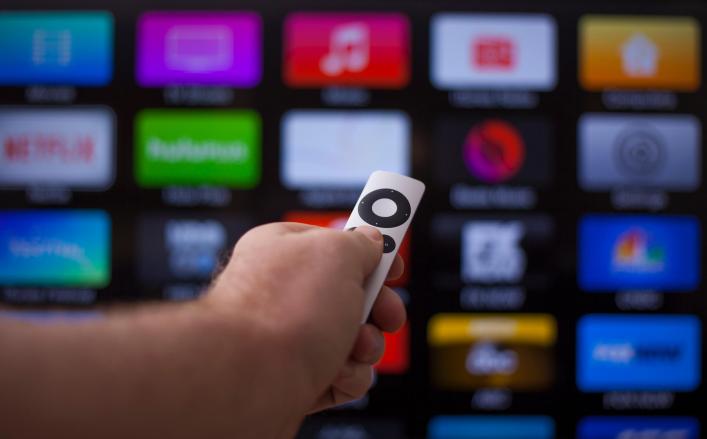 Everything you need to know about streaming TV in 2018

Once upon time, TV was pretty simple – one channel became two, became three – but they all came through the same box and everyone watched the same thing at the same time. That 20th century thing of waiting a week for the next instalment of your favourite show and trying to remember how the previous one ended is where streaming has conquered the entertainment interface, allowing you to watch an entire season of a show back-to-back-to-back. And it’s all made possible with better broadband.

To find out what’s hot in the land of streaming telly right now, we spoke to a man who knows his Netflix from his Lightbox. Writer and former deputy editor of the Sunday Star-Times, Michael Donaldson, shares his thoughts…

What can we expect from online entertainment in 2018?

I think we’re only going to see more and better unique content from Netflix – including movies. Gone are the days when the latest blockbuster goes to the cinemas first in order to maximise revenue; the Netflix model, where the revenue is gathered first, allows it to premiere movies directly to the privacy of your lounge or bedroom.

There’s no certainty in this industry, but I believe subscriber streaming services will eventually kill off the pay TV model. Sport is the last bastion holding out in pay TV-land but there’s plenty of evidence to suggest you’ll soon be able to watch the All Blacks online, perhaps via a pay-per-view model.

In New Zealand we haven’t quite got to the level of the US where there are a number of streaming services – Netflix, Amazon, Hulu, Apple and others – but the good news is that things will consolidate. From what I can see we’re close to peak media – across Facebook, YouTube, Netflix, Twitter, Snapchat and the rest we simply don’t have enough time in the day to consume any more digital media. The growth in all these areas is slowing, so if you’re suffering some FOMO (the fear of missing out), hold your horses, things will slow down from a frantic gallop.

Of course, there’s always exceptions and one to keep an eye on is Facebook. It recently launched Watch, a video streaming service with mainly reality-type shows. There’s not a great library of content but being on Facebook it’s free – and with the global giant’s pervasiveness and ability to seemingly read your mind, the content will be tailored to your needs. I don’t think it will hurt Netflix but it might damage YouTube.

So are some streaming services better than others?

Once you get into streaming your entertainment online, you won’t look back. And with a decent broadband connection, streaming services are so easy to use. Here’s a quick list of what’s available and in my honest opinion, what’s worthwhile.

Netflix. From $11.49 a month. Of all the streaming services Netflix has the best library and the best original content – and with the promise of much more. For starters try The Crown, Stranger Things, Ozark, Narcos, Orange Is The New Black, Bojack Horseman, Mindhunter … probably the best new show of 2017.

Netflix offers pricing plans that relate to how many people are using it and the quality of the product. Entry level gets you everything that’s there but only one screen at a time, which is fine if you and whoever you live with can agree on what you’re going to watch in your precious downtime.

The top end is $18.49 and that gets you four screens and ultra HD; perfect for a family with teenagers – gone are the days of kids fighting over the remote. And don’t worry, parents can control the profiles and put restrictions on what can be watched. Of course, if you’re going to have four people watching different streams in high definition you’re going to need a great broadband service – both in terms of delivery speed and data allowance.

Lightbox. $12.99 a month. Lightbox is provided by Spark and while it doesn’t have the range of shows Netflix has, the content is good: The Handmaid’s Tale, Outlander, Breaking Bad, all of Seinfeld (worth watching again) … as well as classic Kiwi shows such as Outrageous Fortune, The Almighty Johnsons, 800 Words and Bro’ Town. With certain Spark plans this comes free, which is a great way into it.

Neon. $20 a month. A bit more expensive but it’s a great alternative to Sky if you’re not a sports fan. It’s the best of Rialto, Soho, The Zone and some of Sky’s other channels repackaged for streaming consumption. Westworld and Game of Thrones are the two you’d want to start with there.

Quickflix. $12.99 a month plus premium add-ons. One of the original streaming services that seems a tad overpriced for its old British content such as Dr Who and Prime Suspect. Newer content costs extra.

TVNZ Ondemand and 3NOW. Free. We cannot forget the online offerings of the free-to-air giants. There’s loads of content there – all the shows you’d normally catch except with the added benefit of being able to watch them when you want. Most of the programmes still correspond with the screening times on normal TV but both networks are experimenting with box sets. If you have the patience you can always wait a few weeks and then binge-watch your faves. The best element is that it’s free (though there are advertisements).

What do you need for the best streaming experience available today?

Netflix says you can get a good streaming experience if your broadband speed is 5Mbs (megabits per second) while Lightbox suggests you need 8mbs. (But Lightbox advises many of its shows are best watched on broadband of 10-12Mbs.) Personally I think if you’re wanting high definition or multi-screen streaming then you really have to get fibre broadband. VDSL will also do a good job of delivering the bandwidth you need.

And without a doubt, make sure your plan has enough data so you can watch everything you want – especially in HD as that can chew through your gigabytes at monster-like rate. Naturally, unlimited data is best.

Netflix is pouring out new content and much of it typifies why you have to sign up.

House of Cards - perhaps the most anticipated drama of 2018 will be (or will it be?) the sixth and final House of Cards. The revelations around star Kevin Spacey pushed the show to a halt in late 2017. The question is … will Spacey’s Frank Underwood feature in the show at all, or will he be killed off? By the end of series five Frank was starting to play a secondary role to his wife Clare, played by Robin Wright, so maybe that’s where the sixth series will find its focus. Either way, you need to be signed up to find out what happens next.

Mindhunter - there are some mind-blowing debut series from 2017 returning, not least Mindhunter, the intriguing serial-killer drama that documents the creation of the FBI’s Behavioural Sciences Unit.

13 Reasons Why - interestingly, 13 Reasons Why gets a second series. The first series, which told the multiple stories behind a teenager’s suicide, seemed self-contained … but the drama was so compelling and controversial more of the same will not go unremarked by mainstream media.

OA - the OA, described by writer Malcolm Gladwell as the best show on TV, is also back for season two. Part sci-fi, part fantasy and full of suspense, it tells the story of a young woman who returns home after a seven-year disappearance – and she’s no longer blind.

Ozark - described as Breaking Bad meets Narcos set in Deliverance country, returns for another series focused on a money manager on the run from a Mexican drug cartel.

Ballard of Buster Scruggs - if you’re a fan of the Coen brothers, Joel and Ethan (Fargo, The Big Lebowski, No Country for Old Men, True Grit) then you’re in for a treat with the Ballard of Buster Scruggs, a six-part western telling stories from the American frontier. It’s their first made-for-TV venture and as much as anything it defines the movement of entertainment from the big screen to the small.

If you’re after a better online viewing experience, make sure you’re on the best available broadband. Take a look at our broadband checker to see what connection types are available at your place.