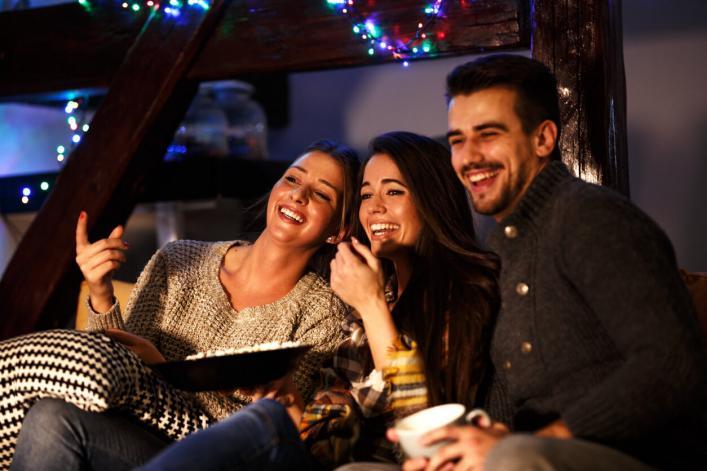 It's the season for streaming TV

Various lockdowns over the past year means the world binged more TV than normal, but at same time Covid-19 meant less new TV getting made – so if you’re anything like me, you’re hanging out for some of your favourites to resume.

Waiting for a return series is bad enough, but if you’re a fan of Billions – the Wall Street wolves fighting political piranhas – you had to contend with a series that hit pause mid-way through.

Series 5 of Billions is – so far – just seven episodes deep on NeonTV, with the producers last year deciding to wait until the pandemic was over before resuming shooting.  Billions creator Brian Koppelman has confirmed that series 5 – starring Damian Lewis and Paul Giamatti – a will resume soon as soon as it is safe to work in New York, which as vaccinations are rolled out quickly, is now.  And what’s more the show has renewed for a sixth season.

Many people are wondering how shows will handle the Covid-19 pandemic when they do resume. Will they ignore and carry-on, or does it get written into the script? The Good Doctor (NeonTV) decided to tackle the pandemic head-on in the first two episodes of season 4 before moving on with series – but not without star actor Freddie Highmore explaining to viewers that subsequent episodes take place “in a post-COVID world”. The irony is that Covid-19 then put the series into a hiatus, but the good news for fans of The Good Doctor, is that it will resume this month with episode 14.

New York is the location for so many great shows and one we’ve waited extra time to see is Russian Doll. The Groundhog Day-ish black comedy features stars Natasha Lyonne as Nadia, who is caught in an endless loop of dying on her birthday and waking up the next day trying to avoid, unsuccessfully, the fate of the day before. Originally there was uncertainty whether we’d get a second dip into the weirdly compelling metaphysical masterpiece as filming for the second series was scheduled to begin on March 30, 2020, right when Covid-19 changed our lives. But Netflix finally announced last month the show will be back soon for season 2.

The lockdowns in Britain and Ireland have been extreme and that’s put a real dent in The Crown. The addictive Netflix multi-generational Royal family saga fifth seasons will feature Imelda Staunton taking over from as Queen Elizabeth II, Elizabeth Debicki as Princess Diana, Dominic West as Prince Charles, Jonathan Pryce as Prince Philip and Lesley Manville as Princess Margaret. Shooting is confirmed to start in July but it seems we will have to wait until 2022 for the series to air.

Another British series hit hard – literally – by Covid-19 is Peaky Blinders, with one of the main sets for the 1900s gangster series converted into a Covid-19 vaccination centre. The BBC confirmed show will end after the forthcoming sixth series, which was scheduled to resume shooting earlier this year and is expected to land on Netflix here later this year said director Anthony Byrne.

Succession, the family drama that follows the Roy media empire, modelled on the Rupert Murdoch empire, has just started back filming in New York for series 3. The producers are hopeful that without any more setbacks the highly-anticipated family power struggle will return will be later this year.

One series that is back with us sooner than expected is Handmaid’s Tale, with NeonTV confirming an April 28 return for the dystopian series based on Margaret Atwood’s book and starring Elisabeth Moss. The question for many fans is how far the TV series has gone beyond the original novel but as creator Bruce Miller noted, the book actually spans 200 years “with an academic discussion at the end of it, about what's happened in those intervening 200 years ... We're not going beyond the novel; we're just covering territory she covered quickly, a bit more slowly."

Missouri-set money laundering saga Ozark, (Netflix) will return with a 14-episode season four finale. A bit like Billions they are breaking the final season into two parts of seven episodes with the first block to drop this year and the second block likely delayed until 2022.

Stranger Things (Netflix) was able to return to filming season four late last year after being halted by the pandemic in March 2020, and there’s been plenty leaked on that series, which means a return this year for the 80s sci-fi series starring Millie Bobby Brown.

Finally, we’ve been waiting 17 years for a return of our favourite New York friends so what’s another year … yes the Friends Reunion Special will definitely screen this year with star David Schwimmer recently confirming that filming kicked off this month. Look out for that on NeonTV.