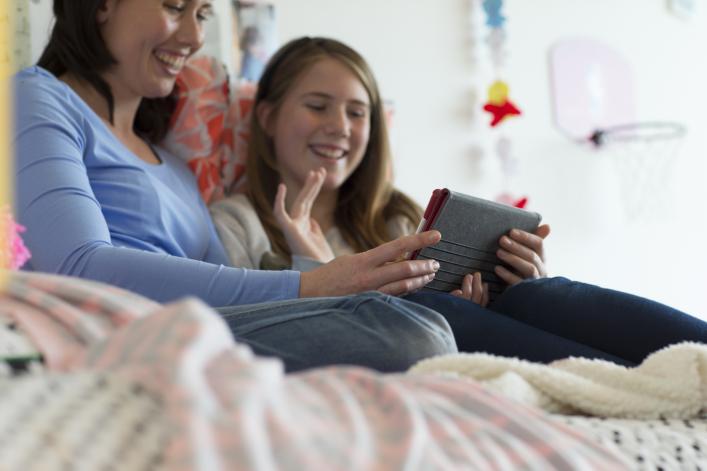 The majority of Kiwis switching to fibre broadband are choosing the fastest possible connection. More than 6,000 homes and businesses are currently connecting to the fibre network each month, and demand for very high-speed connections has escalated.

In the last three months, well over 50% of Kiwis buying fibre opted for the fastest plans – offering speeds at least five to ten times faster than the average copper speed (15Mbps). These New Zealanders are enjoying among the fastest residential broadband speeds in the world.

Click here to find out what broadband options are available in your area. 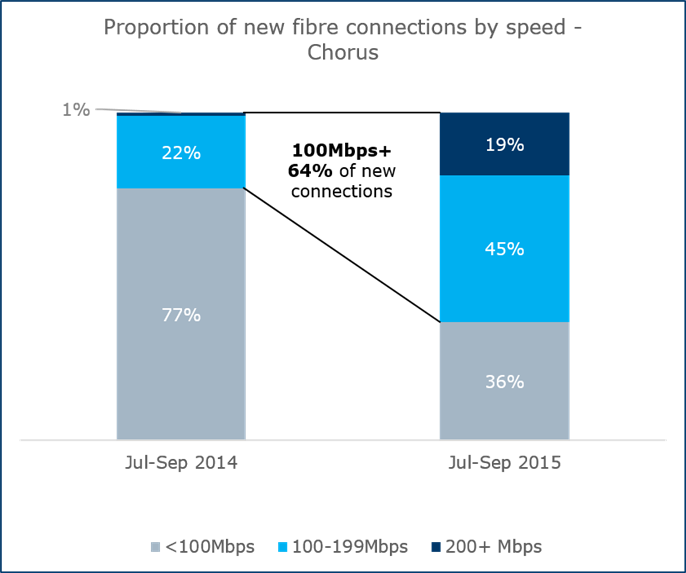 We believe the reasons are twofold. Firstly, the fibre market is highly competitive, with entry-level fibre plans now found for the same price as copper plans. It means kiwi households have more choice, with many are opting for higher speed promotions for $10 or $20 more.

The second reason is changing consumer needs. People have higher expectations of broadband performance as our usage behavior changes and the internet becomes integral to every aspect of life. No longer relegated to emails, social posts and googling, New Zealanders are now watching more television online, shopping, gaming, video calling and researching on a daily basis.

Also driving the need for speed is the increasing tendency to access the internet from multiple devices at once. Many people opting for fibre are choosing the fastest and best connection available to ensure a seamless viewing experience at times of peak usage.

The appetite for a faster connection comes alongside an exponential growth in the fibre network.

This means that, increasingly, many Kiwis have access to high-speed broadband with speeds that could transform many aspects of their lives.

Although a high proportion of those Kiwis switching to fibre are hungry for very high speeds, many with access to the fibre network have yet to make the move from their copper based plans.

Across all of New Zealand, the average speed at the end of September was 20Mbps. If you break that down by the UFB areas, you can see that most fibre cities are, on average, getting between 20Mbps and 28Mbps. But many have the potential of getting an average of 100Mbps or more – four or five times faster than today – if everyone took up the broadband capability available at their house or business.

Note: potential speed is based on applying the average speed of the best available connection, however in the case of fibre we have used 100Mbps (1Gbps in Dunedin) to account for mass market pricing.[/caption]

Dunedin has the fastest average broadband in the country at 92Mbps, more than three times that of other centres. This is due to Dunedin winning the Gigatown competition, and fibre users opting for the Gig. But even in Dunedin, 67% could be enjoying faster average speeds.

In September 2015, 68% of Wellington and Auckland users could access better broadband. This reflects the scale of UFB build still to come in larger centres – Auckland is 38% through the rollout and Wellington 36%, whereas a number of smaller towns like Taupo, Timaru, Blenheim and Ashburton have had UFB build completed. Nonetheless, there is a lot of high-speed capability left untapped.

Forging our future with Fibre

Fibre uptake will continue to be driven by new broadband-based services, which are just beginning to emerge in New Zealand. As uses continue to diversify and become increasingly integrated into every part of our lives, better broadband becomes an essential service.

Today the focus is on ultra-high definition entertainment – but it is just the beginning. Globally, a new wave of services is being launched. Virtual reality viewing gives users a 360 degree ringside seat experience of a sports game or lets them explore the ‘virtual’ world of their favourite TV show in 3D.

Homes are becoming automated, with high definition security cameras and appliances remotely controlled by the homeowner’s mobile. The mobile wallet Semble lets people pay for items by waving their smartphones over an EFTPOS terminal. Telepresence is providing freedom to work from home while feeling ‘present’ in the office via videolink. These are all services in development in New Zealand or internationally today.

We hate being left behind, so expect to see a continued upswing in better broadband capability across New Zealand.