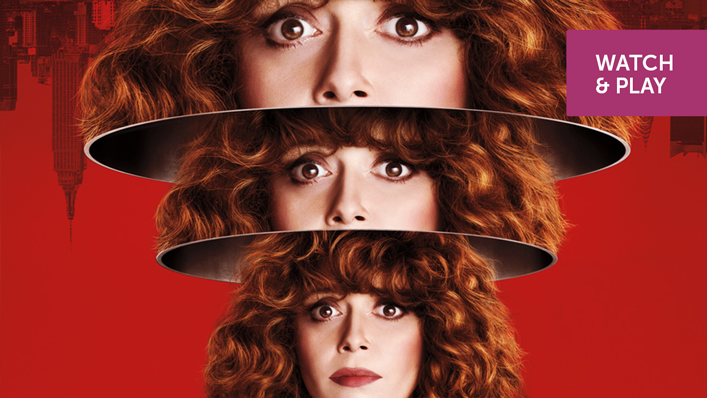 There’s a strong line of feminine power players in TV history – going back to the original Wonder Woman, Xena Warrior Princess, heck, even Mary Tyler-Moore right through to Marge Simpson, The Golden Girls, Daenerys Targaryen and of course, Buffy “The Vampire Slayer” Summers. To celebrate International Women’s Day, we’ve highlighted some of Netflix’s most popular shows, all led by strong female stars, flying the flag of representation and diversity within the media.

Orange is the New Black (Netflix)

Shows that focus on women’s prisons have always – and I mean always – out-rated men’s prison shows. The original Aussie soap, Prisoner, stood tall as the best prison drama for many years (maybe until Prison Break came along). But then there was the Prisoner remake – Wentworth. Some would argue that Ronnie Barker in Porridge deserves a mention too...but for drama, comedy, brilliant acting and the sheer breadth of the ensemble cast, you can’t beat Orange Is The New Black. Now into its sixth season, the show is absolutely one of the best on TV. Based on the memoir of Piper Kerman (the main character is Piper Chapman, played by Taylor Schilling), the sixth season still hits all the high notes of the must-see early seasons. Heart, humour and tension are used in spades as the beloved characters navigate through (often serious) racially charged conflicts and abuses of power within the American prison system.

Also of Orange Is The New Black, Natasha Lyonne plays wise-cracking smart-arse Nicky Nichols (aka The Junkie Philosopher) in the new and quirky Russian Doll.  Since starring in Woody Allen’s Everyone Says I Love You as a 16-year-old, Lyonne seems destined to make her name in Russian Doll – one of the most inventive and mind-boggling new shows. Lyonne, who co-wrote the short series with Amy Poehler and Leslye Headland, plays Nadia, a woman who dies at the end of the first episode. That’s not giving the plot away – that is the plot. In a more cerebral and amusingly black take on Groundhog Day, Nadia has to relive the same day (and a bit) over and over as she continues to die in various ways, over and over. Russian Doll is a discussion of trauma and therapy, and how in order to heal ourselves of self-sabotage, we must peel back and make peace with the various layers of ourselves, our experiences and how they have affected us. Lyonne lifts the show – she is the show – taking it to greater heights than simply funny or existential or smart, to something quite extraordinary that will have you talking about it long after it ends.

I’m tempted to say the best part of Godless is Michelle Dockery – aka Lady Mary Crawley from Downton Abbey – as a merciless widow running a wild west town governed by women. But the truth is the show doesn’t live and die on Dockery’s performance (or the Downton Abbey juxtaposition) – it stands on its own leather-booted feet as a thoroughly engaging western of the old-fashioned variety (as opposed to say Deadwood or Westworld). The women are in charge of La Belle (yeah, OK, that’s a bad pun from the writers), a small village in New Mexico after most of the men died in a mining accident. The women have to take on the men’s roles and defend the town from a band of outlaws, but in doing so they challenge a bunch of Wild West clichés. A thoughtful show with and multidimensional characters, Godless parts ways with the typical male-dominated western genre while at the same time tipping its hat warmly in its direction.

The makers of Orange Is The New Black knew they were on to something with the female ensemble cast so reapplied the formula to women’s wrestling. The show is in a way life imitating art imitating life as GLOW (Gorgeous Ladies of Wrestling) was a real thing in the 80s – created as a spinoff from the men’s professional wrestling franchises of the era. The original Glow featured performers who were actresses, models, dancers or stunt women hoping to enter show business. This irreverent comedy take (which also has a lot of say about gender and race roles in 1980’s American that are just as relevant today) follows Ruth Wilder (Alison Brie) as she attempts to find success as a wrestler. It’s cute, warm and feel-good with a killer 80s soundtrack and a decidedly grungy LA feel.

Women in science fiction movies have not always had strong roles but in this fantastic movie, Natalie Portman delivers one of the best performances of her stellar career. Here she’s the biologist and former soldier ‘Lena’ who joins an all-woman mission to uncover what happened to her husband inside Area X – a sinister and mysterious phenomenon that is expanding across the American coastline. Once inside, the expedition discovers a world of mutated landscape and creatures, equal parts dangerous and beautiful, that threatens their lives and their sanity. Many people have understood Annihilation as an intelligent metaphor for cancer - its destruction of a person's body and the families of those unwell (Lena’s profession as a biologist and knowledge of cell mutation is no coincidence).

Disturbing, fascinating, heartbreaking and beautiful to watch, Annihilation is not one to miss.

Written by Hugo Blick, who brought us the acclaimed The Honourable Woman and the compelling cop drama The Shadow Line (well worth looking up). Blick writes complex, layered drama and when you do that you need very good actors to pull it all together which is what we got with Maggie Gyllenhaal (The Honourable Woman) and Chiwetel Ejiofor (The Shadow Line). In the same vein, Black Earth Rising is carried by a remarkable performance by multi-skilled actress Michaela Coel. A relative newcomer to TV, Coel started her career on stage as a poet doing open mic sessions and then penned her own one-woman play Chewing Gum Dreams, a wry comedy which has since been turned into a highly-acclaimed TV series in which Coel stars. In Black Earth Rising, Coel plays Kate - a Rwandan genocide survivor, orphaned and then adopted out to a British family. Kate searches for identity as she struggles with depression and post-traumatic stress disorder resulting from her violent past. At the same time, she’s working with her adoptive mother to bring fugitive war criminals to justice. A tense and riveting drama and a complex story told exceedingly well, thanks to Coel.

Make way for the younger generation...

Chilling Adventures of Sabrina – Kiernan Shipka (Don Draper’s daughter Sally in Mad Men) stars in the reincarnation of Sabrina The Teenage Witch. This Sabrina is far from the sitcom version popular in the 1990s - dark humour and current themes of feminism, rebellion, independence and the magic of youthful drive bring Sabrina into the current day.

Anne With An E – Based on the book, Anne of Green Gables, a fiery, bright-eyed girl (Amybeth McNulty) is continuously jousted by her peers and treated as a pariah. She’s driven, imaginative and often at odds with the expectations of the 1800s society she lives in.