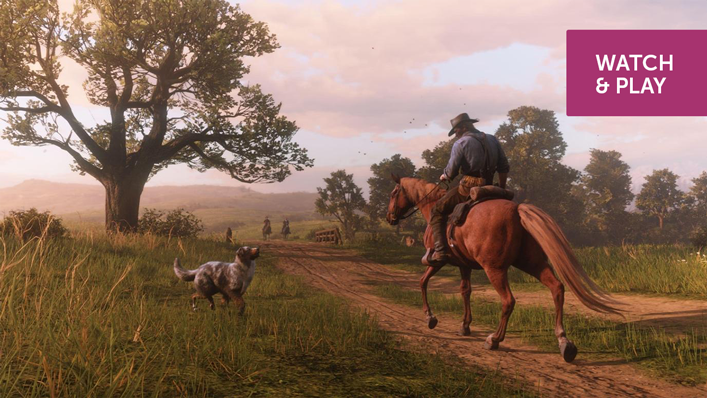 Take your time and mosey on up to the saloon

Red Dead Redemption was a classic, loved by everyone who played it. You were an outlaw, trying to turn over a new leaf, but forced back into a life of killing by evil government forces. The game set in the early 1900s was the perfect allegory for the end of the wild west.

Red Dead Redemption 2 (RDR2) is a prequel set at the end of the 1800s and makes a ham-fisted attempt at the same idea. You play the game as Arthur Morgan, part of a gang of outlaws who are on the run after a botched job.

The gang is a ragtag bunch of criminals led by Dutch van der Linde. Dutch was the main target in the first Red Dead Redemption game but never much of a character. In RDR2 he’s fully fleshed out and (I think) far more interesting than Arthur.

Dutch is a pie-in-the-sky dreamer who wants to look after his flock. Every score is the one that’ll get them to their goal in “the west”. But every choice only brings more law enforcement down on them and the gang is forced to move camp over and over, while Dutch gives another inspirational speech about heading west.

Arthur on the other hand just goes with the flow.

Arthur is a conflicted killer. On the one hand, he criticises another gang member for shooting up a town just to retrieve a pair of guns but then does the exact same thing on almost every other mission.

Most of Arthur’s conflict is because his actions are controlled by you. Arthur has a reputation score that goes from red (bad guy) to white (good guy). This reputation score affects how other characters react to you in the game. After attempting a robbery, shooting a dozen lawmen, escaping, paying my bounty and returning, I discovered that every policeman I passed would warn me not to cause trouble.

The problem is that it’s very easy to cause trouble. Even jostling your way through a crowd can result in someone accusing you of disturbing the peace and alerting the law. And the confusing controls don’t help. You’ll find yourself pulling the wrong trigger button, waving your gun at the wrong person and suddenly being chased down by lawmen again. 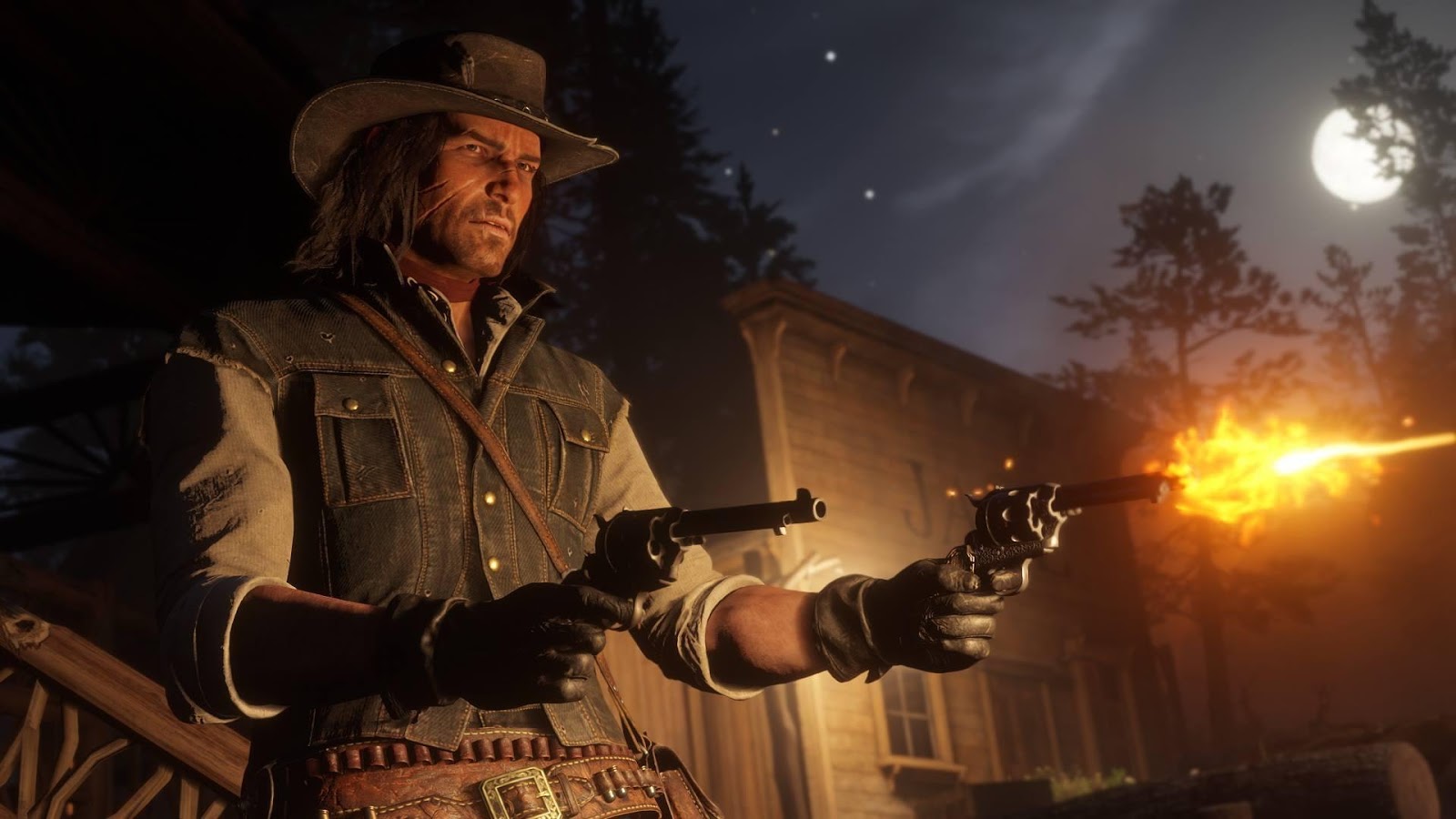 The level of customisation with RDR2 is far more complex than the previous game. You can change almost every part of Arthur’s outfit and store some clothing items on your horse. This is handy as you’ll often be losing your hat, and what’s a cowboy without a hat? You can also customise your horse, to the point where it starts to feel like a pony-training simulator.

The level of realism has been increased as well. Fast travel options have all but been removed and that means lots of travelling around within the game. In some cases, a simple hunting trip can mean travelling back and forth across the map several times to offload pelts for crafting. And the map is huge!

There is also an online mode (released as a non-final “beta” version at the time of writing). This will allow you to create your own character and put together your own gang of outlaws… or friends.

I hope you like moseying because nothing happens fast in RDR2. Walking through town on foot can take forever, so you’ll find yourself tapping the run-button all the time.

Moreover, the fast travel system only goes to certain places and some remote locations can’t be fast-travelled to at all. Using the train to fast travel is good, but then your horse won’t be there when you arrive, so be prepared to steal one, which puts a bounty on your head, and then you’re being chased again.

I don’t have a lot of time to play games these days. Even when I’m reviewing I’ll only have an hour or so on a weekday evening. So if a game requires me to ride for ten minutes just to get to a place where I have to slowly hunt for half an hour then ride back, that’s a lot to ask. I literally spent half of a gaming session just walking around a small town buying ammo and gear from shops. 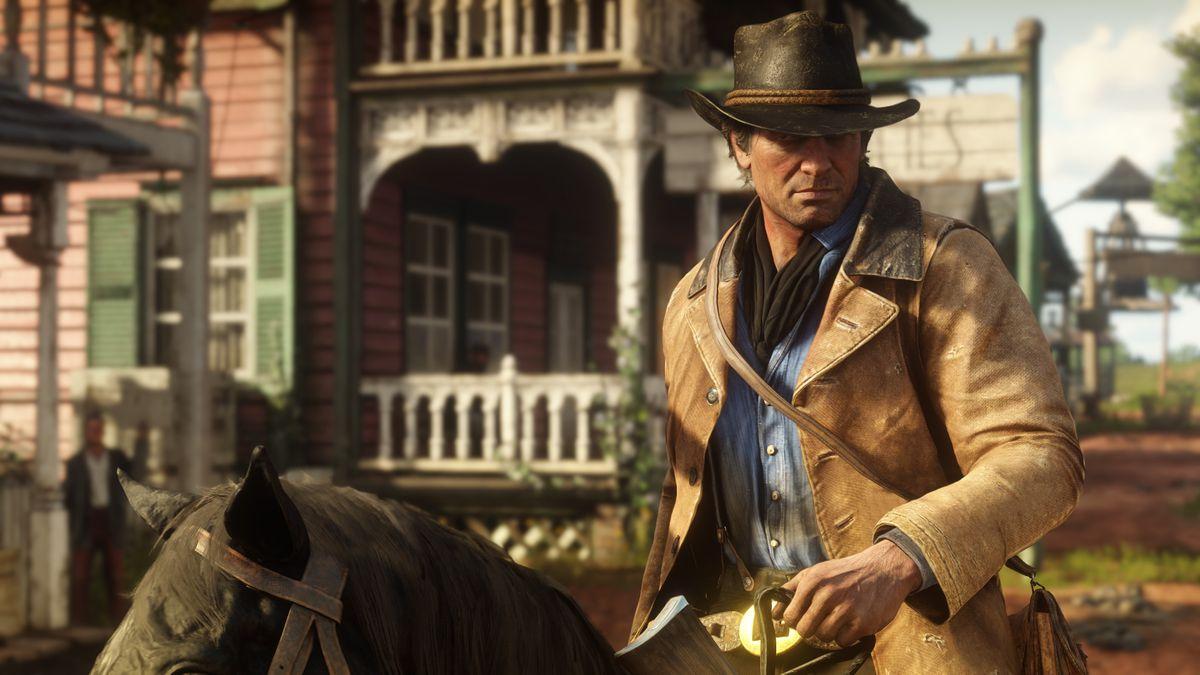 Set aside a lot of time to play this game. And have a laptop or tablet with you so you can use the internet as a guide. I don’t mean Googling cheats, but to access online guides for finding animals, how to get perfect skins from them and other helpful tips. The in-game information is ok, but lacks a lot.

Despite all the issues I have with the game, I still became addicted. It’s easy to. If you have the time to spend, the exaggerated slow pace is actually quite nice. You can sit and just watch the world go by.

The wild west doesn’t have to be that wild. When I wasn’t in a hurry, I set up camp on a clifftop with a nice view and sat in my tent watching the rain and listening to the crackle of the fire. It was a nice change from all the killing.

Red Dead Redemption 2 is a great game and a very good sequel. However, I don’t think it lives up the greatness of its predecessor and it does require you to put aside a lot of time to play it. And this is a big downside for anyone who wants to do more than just play games.

Do you have the fastest available broadband for you house? Find out here.

Want an escape room style game with an extra dollop of weird and macabre?

Rusty Lake Series (iOS, Android, PC, Mac)
The Rusty Lake series is a great way to spend a few hours. There are currently 13 games in the series with some offered for free and others for only a few dollars. The free games are fairly short (depending on how good you are) and the paid ones offer more of a challenge. The puzzles can range from simple to diabolical, but they all follow a common thread of disturbing occult practices.

Want a hard and fast game?

Fortnite Battle Royale (iOS, Android, PC, Mac, Xbox, PlayStation, Switch)
So this is a little game you may have heard of. Fortnite has taken the gaming world by storm. It’s a 3rd person shooting game where the object is to be the last person standing. This means it’s all online. The best thing is the games don’t take too long and it’s the perfect type of game to play alongside your kids. And gives you a chance to upgrade your dance moves.

Nearly every game requires a good internet connection. For the best set up, you’ll need:  fibre + unlimited data + your gaming device plugged into your modem.

If your modem is too far away, then make sure you have at least a good 5GHz ac WiFi network. Preferably one that can prioritise traffic to your gaming device.
Games can be purchased online and downloaded rather than being sent a physical disc in the mail. A fast fibre connection (at least 100Mbps or over) will mean that a download can arrive in a few hours rather than days. Fibre also means lower latency, a must when you’re playing online multiplayer.

Click here for advice on how to set-up streaming at home and tips on getting the most out of your broadband connection.