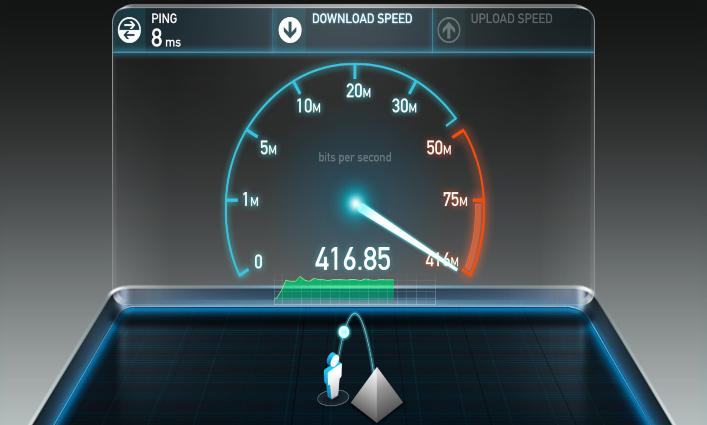 Ookla, speed and the global quest

a.) a wooden instrument, b.) a global speed test ranking or c.) a Swedish dessert.

Well given this is a Chorus blog, you’ve probably guessed rightly b.) by now.

Ookla is the global authority in internet testing, data and analysis and Speedtest®, the company’s flagship product, is recognised as being the most trusted and accurate way to measure the performance of your internet connection.

Over 38 trillion speed tests have been conducted on its platform to date, with one test being carried out nearly every second somewhere in the world.

In addition to testing speed of a broadband connection the free web-based service also measures latency (delay) and jitter (difference in delay) of data sent between your computer or device and a nearby test server.

There are several reasons why people carry out speed tests. It can be to diagnose an issue with a broadband connection, to confirm you’re getting the speed your broadband service provider advertised or even to show off to the world how fast your broadband is (see what we mean on Twitter!)

How does NZ rank for broadband speed?

Because so many people carry out speed tests, Ookla has rich data about broadband worldwide and has a recognised global ranking for speed by country.

Monaco currently has the fastest average fixed broadband download speed with 262 Mbps in the world. Coming in second is Singapore with 256 Mbps and Hong Kong takes the bronze medal at 255 Mbps.

Monaco is a recent addition to the podium, with both Singapore and Hong Kong leading the world for some time largely due to the fact gigabit speeds (1,000 Mbps) have been available a lot longer and at lower prices.

In the mobile category, United Arab Emirates (UAE) is fastest with a blistering average broadband speed of 238 Mbps.

We currently sit 23rd on the global broadband rankings for fixed broadband with an average speed of 171 Mbps and 29th for mobile broadband 76 Mbps.

This you could say is a good result as we’re above the global average download speed of fixed at 113 Mbps and 63 Mbps for mobile.

However, there’s clearly room for improvement in the Ookla mobile category.

What is also means is that when you’re out and about, accessing the internet on your phone is largely ok. But given the opportunity to access a fixed network via Wi Fi at your home, office or even public place like a café or the airport, you should do it as in theory you should be able access faster broadband.

So where do our friends across the Tasman sit when it comes to broadband. Well, they’re kind of the opposite to us.

When it comes to mobile, Australia’s performance has comparisons with their Olympic table rankings, sitting just outside the global top ten with a very good mobile average speed of 135 Mbps.

However, their fixed broadband results are less flattering with an average download speed of 83 Mbps and sitting at 58th on the global rankings.

This is not surprising as the fibre broadband rollout in Australia has been delivered in a different, arguably less effective, way to New Zealand and is reflected in their average speed for fixed. It also highlights their exceptional mobile infrastructure they have and a tight, competitive mobile market.

This means the impact on consumer experience is quite the opposite to the way we access the internet when we’re out and about versus at a fixed location.

So, in summary, Ookla speed tests are a great way to measure your own internet speed on your home broadband connection or on a mobile phone and see how we stack up against the rest of the world.

And the best way to improve those world rankings is for more Kiwis to use the speed test. We’re the first to say we’ve got world class broadband networks in New Zealand but to showcase that internationally, we need to back it up with evidence via our test results.

So get speed testing New Zealand, it’s simple to do, takes a few minutes and it’ll help troubleshoot any internet issues.

If you are after more comprehensive findings about how our broadband performs by the type of connection, the regular reporting by the Commerce Commission is also a great source of information.