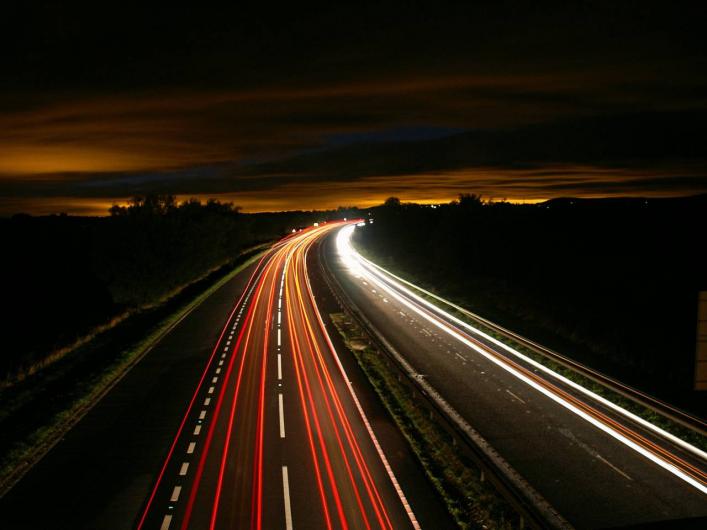 Peak hour traffic not just on the roads

As 9pm approaches, Kiwis across the country settle down to watch our favourite shows. However, rather than settling for what’s on the box, more of us are heading online to sites such as Netflix or TV On Demand to stream the show that takes our fancy that night. That change in our viewing habits has driven a 50 percent increase in the speed at which traffic is moving through our network at the peak time of 9pm.

In March, traffic on our network reached a peak speed of 973Gbps compared to 653Gbps a year before. That’s the equivalent of 200,000 HD videos being watched simultaneously from Kaitaia to Stewart Island.

Much of that acceleration can be attributed to our growing love of streaming and downloading content. Roy Morgan reported that half a million Kiwis added a streaming service to their home entertainment mix in 2016 and at the end of last year nearly two in five Kiwis over the age of 14 had a subscription video on demand service such as Sky, Neon, Netflix or Lightbox in our homes. In fact one in ten of us have more than one. Sky TV alone recorded a whopping 640,000 hours of content from its on demand service, SkyGo in January 2017.

With broadband connections being increasingly integral to our evening rituals, it’s important they’re up to the job. Reliability at the busiest time of day (around 9pm) should be a key consideration when you’re looking at broadband types. Check out TrueNet’s report which compares the performance of different broadband technologies at different times of the day.

The report findings show that fixed line broadband connections – like those provided on our network - provide greater reliability at all times of the day, meaning you get more consistent speeds and performance. At Chorus, we’re investing in our network to make sure it stays congestion free so it doesn’t clog up and slow down - even at peak times of the day when everyone’s online.

Our changing viewing habits are leading to different choices when we purchase a home broadband plan. In the first three months of this year, 93 percent of our new fibre users signed up for plans of 100Mbps or faster. And two-thirds of homes and small business connections on our network are also 100Mbps or higher - which is the speed we recommend to really unleash the benefits of fibre.

More of us are also now opting for unlimited data plans. Statistics New Zealand reported that at the end of June last year almost half of all broadband connections in New Zealand had unlimited data plans. Most plans offer an unlimited option and to make sure your 9pm entertainment fix doesn’t cut out, or result in a hit to the budget due to unexpected data charges, we recommend ditching the data cap. Take a look at our data calculator tool to estimate how much data you may need in a month at your place.

To ensure your favourite TV show is free from annoying pauses and spinning wheels make sure you’re on the best broadband available at your place. See what you can get at our broadband checker and then give your broadband provider a call. And don’t forget to visit our broadband tips for advice on getting the most out of your broadband.