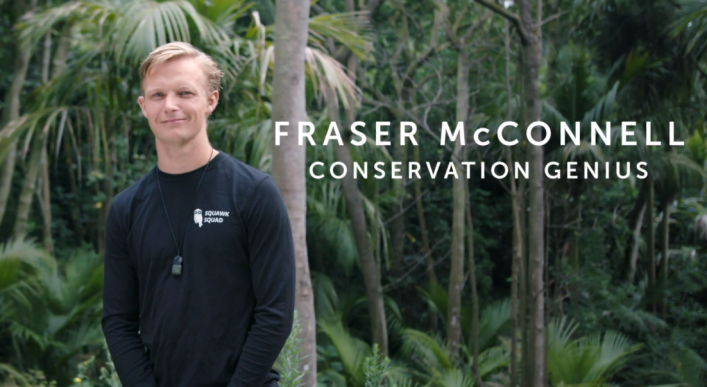 Rallying New Zealanders together to save our native birds

Fraser McConnell ditched the corporate life as a management consultant to find a way to engage our entire nation into helping save our native birds.

With the help of some mates, he set up the social enterprise ‘Squawk Squad’ and created a web app that allows New Zealanders to sponsor traps towards conservation projects.

“When people sponsor a trap, they get a live notification through their phone every time their trap catches something, be that a rat, stoat or possum, so that they are connected to a predator-free New Zealand, no matter where they are or what other commitments they have,” says Fraser.

“By sponsoring specific traps people have direct feedback on their contribution, rather than simply receiving a fortnightly newsletter. They can see the projects underway across New Zealand and projects that they can be part of.”

Online technology has played a huge part in making Squawk Squad a success. Without the internet, the traps wouldn’t have the ability to send messages direct to people who sponsor them.

Says Fraser, “If it wasn’t for the brilliant internet, none of this would be possible. It’s really taking conservation into the 21st century.”

We built the Chorus fibre network so genius ideas like Fraser’s could take flight – using the internet and the power of Kiwis to save the Kiwi.

Meet our other geniuses