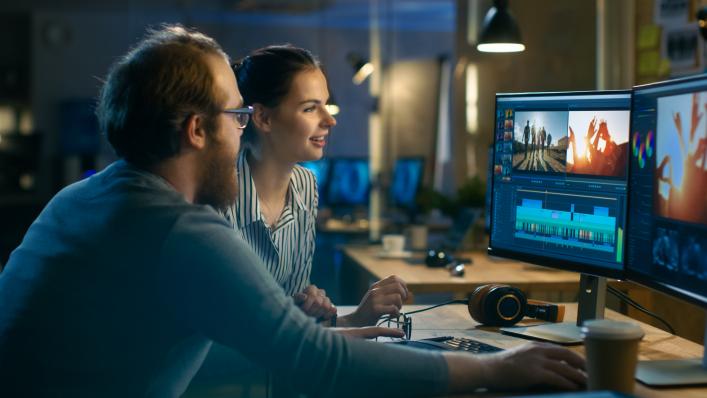 While our fastest 1Gbps (that’s 1000Mbps) fibre connection is keeping even the most tech heavy homes humming along happily, today we’ve announced a 10 gigabit per second (Gbps) residential and SME fibre broadband trial that will start connecting customers in mid-March.

A team of technical experts have been trialling all sorts of technology behind 10Gbps fibre networks to find the best solution for New Zealand homes and businesses.

The good news is we won’t need to dig up the streets to beef up home broadband connections to ten times the speeds they’re at now; the fibre cables we’ve been laying can easily handle 10Gbps connections. It’s the technology at either end of the cables – the fibre equipment in your home and in our exchange that will be upgraded when the time is right.

Four broadband retailers – 2degrees, Kordia, Stuff Fibre and Trustpower – have signed up to our 10Gbps trial service with others expressing keen interest. The trial service will be available in selected areas of Auckland and Wellington, initially for 30 residential customers.

The 10Gbps service is built in collaboration with Nokia using their XGS-PON fibre solution. It’s a next-generation network technology that supports fibre services of up to 10Gbps downstream and upstream, deployed over our existing nationwide fibre broadband infrastructure.

The new service co-exists with today's fibre services making it a natural evolution for those looking for even faster plans with an easy upgrade path.

The demand for greater internet data bandwidth is relentless. Ultra-high definition video, creative media services, advanced gaming, increased home working and an increase of connected devices in our homes are all contributing to the need for greater capacity.

"Our 10 gigabit-per-second residential and SME trial will see New Zealanders accessing one of the fastest broadband services available on the planet", said Chorus Chief Customer Officer, Ed Hyde. “It also reinforces the ability to easily upgrade the world-class fibre infrastructure we have been building as the latest technologies become available.

"In the last eight years New Zealand has seen a meteoric progression in broadband capability. In 2011 the average broadband speed was just 10Mbps or so. When Chorus’ fibre plans first launched in 2012 the top speed then available was 100Mbps. We were then the first to make gigabit fibre broadband available in 2014 and today this is the fastest growing plan on our network with more than 44,000 customers.

“We're truly thrilled to be trialling our 10Gbps fibre service, a service we know will underpin New Zealand's digital future and continue our decade long commitment to innovation and keeping New Zealand’s broadband infrastructure at the cutting edge."

A handful of countries have released 10Gbps plans. Hong Kong pipped others at the post and was the first to make 10Gbps available back in 2015. Since then Norway, Qatar, Taiwan, Singapore, South Korea and some parts of the US have launched 10Gbps connections.