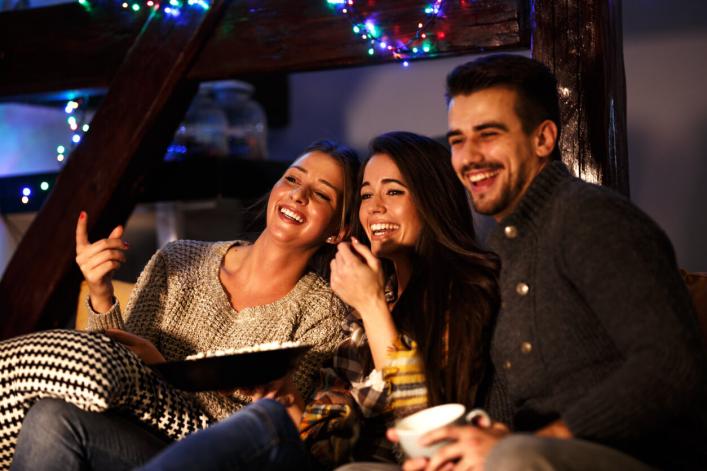 Time for a laugh: The best of standup

S’up bro? We all need a laugh in the time of Covid-19. Well, lucky for us – we’re living in the golden age of a stand-up comedy duel between streaming powerhouses Netflix and HBO (which we get via Neon TV).

The two giants have been in a laughter race, producing one-hour stand-up comedy specials at a frantic pace. With so many shows out there, it’s hard to work out where to go for the funniest of them. So, here’s a run-through of proven smile machines on the various networks.

Starting with Netflix, you could take yourself on a journey of black American comedy starting with Richard Pryor Live In Concert from 1979. Pryor’s exploration of race in America might be 30 years old but feels as relevant and true now as it did then. From there you’d detour through Dave Chappelle, Chris Rock and Kevin Hart – who famously tweeted himself out of hosting the Academy Awards in 2019. That is the subject of a whole other show – Kevin Hart Don’t F**k This Up – that’s probably more entertaining than Hart’s stand-up.

Chappelle’s first stand-up special Killin’ Them Softly – a riff on race, the police and the death of chivalry – from 2000 is on Neon. He didn’t do any stand-up specials between 2004 and 2017 when he signed a deal with Netflix and there’s now a handful you can watch there including the Grammy-winning pair of shows The Age of Spin and Deep in the Heart of Texas which are paired up as two episodes under the title Dave Chappelle.

The other side of the coin to black American comedy is the new migrant take on America. There’s a raft of Asian comics in particular who scythe to the heart of what’s wrong with the United States by viewing it through immigrant eyes. Perhaps the best of this group – which includes Haru Kondabolu and Hasan Minhaj – is Malaysia-born, Melbourne-educated Ronnie Chieng.

As an aside, Chieng is one of the few comedians who dresses superbly (honestly, the dress sense of so many comedians is dire … maybe it’s ironic). Chieng’s show Asian Comedian Destroys America! is as sharp as his suit, a visceral dissection of what’s wrong with modern American consumer culture.

Speaking of dressing well, they don’t come much sharper than John Mulaney. His Kid Gorgeous at RadioCity features the now legendary joke loosely titled “There’s a Horse Loose in the Hospital”.

“This guy being the president,” Mulaney starts, “it's like there's a horse loose in a hospital. I think eventually everything's going to be OK, but I have no idea what's going to happen next. And neither do any of you, and neither do your parents, because there's a horse loose in the hospital. That's never happened before! No one knows what the horse is going to do next, least of all the horse. He's never been in the hospital before, he's just as confused as you are.”

Yeah, yeah, it’s all been men so far but that’s not a fair reflection on where modern funny is taking us. On Neon TV there are some classic female-led shows – Ellen DeGeneres performs The Beginning (filmed in 2000 just after she came out as gay) and 2003’s Here and Now, which is the better of the two.

Also on Neon is Sarah Silverman’s We Are Miracles. Silverman is quite the raunchy comedian but she does it with such a sweet, alluring smile there’s a double-cross going on between what you’re hearing and what you’re seeing. Silverman is another who has played both sides of the HBO-Netflix divide with her most recent special A Speck of Dust screening on Netflix.

But perhaps the influential and impactful comedy show of the recent past is Hannah Gadsby’s Nanette. It’s a powerful examination of what’s wrong with comedy and how Gadsby is battling a demon, using self-deprecation for laughs without sliding into soul-destroying self-humiliation. It’ll make you laugh and cry in equal measure. It will be interesting to see how the theme of Nanette influences Gadsby’s new show Douglas, out on May 26.

It’s worth noting that Amazon Prime hasn’t engaged in the same bidding war for comedic talents as HBO and Netflix. Instead they rely on some under-the-radar shows to beef up their content. But what the network does have is an amazing archive of historic shows including early seasons of Full Frontal from the 1990s where the likes of Drew Carey, Joe Rogan, Ray Romano appeared as well as the first series of Comedy Club Network from the 1980s starring Adam Sandler and Tim Allen, among others.

But perhaps the best show on Amazon is Bill Hicks’ Revelation. It is the last show Hicks did before he died of pancreatic cancer at the age of 32 and while some of the politics is dated the show itself still feels relevant.

Looking for local? There’s an absolute treasure trove of material to be found for free on nzonscreen.com.

It’s an archive of the best of New Zealand. There’s some old Billy T James there, but most of the fun is the archival footage from the Pulp Comedy series where you can see The Flight of The Conchords and Rhys Darby at the very start of their careers before they took the world by storm with their New York-based show.

And speaking of New York, Jerry Seinfeld is making a welcome return to stand-up comedy from May 5. His new show is called 23 Hours to Kill … which is sometimes what life in lockdown felt like, eh?