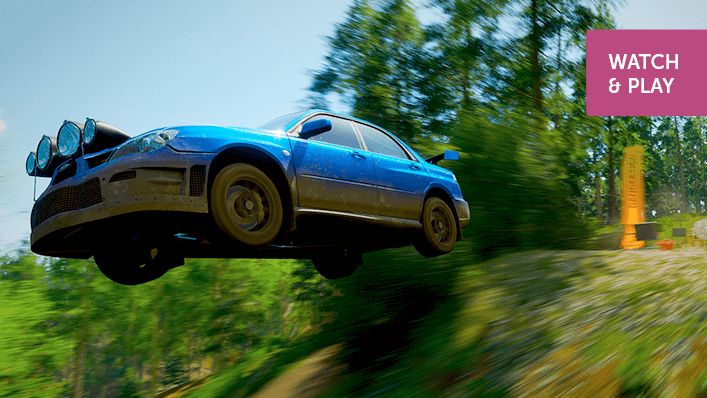 Welcome to the Horizon Festival of Speed: Forza Horizon 4

Learn how you can get the best streaming set up at home.

If you’re a fan of driving, not just racing, then this game is for you; it’s pure fun.

Welcome to the Horizon Festival of Speed, a series of high-speed races featuring all sorts of vehicles, from Scandinavian hypercars to old classics. This is a variation on Microsoft’s Forza series but a more relaxed open world racer.

Your goal is to win races and gain influence. The more you race and the better you do, the more influence you have. And when you’ve got enough, you get to race in the festival events, racing against all manner of modes of transport; planes, trains and hovercraft.

There’s nothing more enjoyable than screaming along a small country road in a brightly coloured Lamborghini racing bumper-to-bumper with a McLaren. Set in the UK,small wooded lanes are filled with the growls of V8s, while the dells and quiet river valleys echo with roars from massive 4WDs and rally monsters. You can even go street racing in Edinburgh. As with previous games you aren’t limited to roads, meaning you can barrel across fields or rivers for a shortcut, or just for fun.

Like most of these games you collect cars over time. This is done via the market, through player-created auctions, and through random chance in the form of Wheel of Fortune-style spins. The car selection is massive and eclectic. Rare hypercars (a step up from super cars) sit alongside automotive oddities, including some British three-wheeled classics. Once they’re in your collection you can modify them to your heart’s content -  tricked out, mint-green Morris Minor anyone?

As you drive around the countryside you’ll encounter the “drivertars” or simulation of other players. Drivertars are created by an analysis of each player’s driving habits. The ones you encounter will always be at roughly the same level you’re at and be driving a similar class of car. You’re able to challenge these drivertars to instant races on the open road, and they will also populate any solo or co-op races. This form of online multiplayer is the best I’ve encountered. It populates the world and makes it feel full and busy, while still keeping you at arm's reach from having to interact with strangers (something not everyone likes doing).

Four seasons in one day

The biggest and most spectacular change in Horizon 4 is the changing seasons and its effect on the terrain and how you have to drive to handle it. You’ll start in summer when there’s greenery and sunshine and perfect conditions for speed, then delve into rain and puddles in autumn and then roads slick with ice and snow for winter - perfect for drifting, but not your high end sports car.

Also new is the ability to buy houses all over the map. The houses come with certain perks but are mostly useful as an extra base of operations.

As this is a game set in the UK, there are a lot of James Bond cars available to purchase. Mostly classic Aston Martins, but also some Jaguars and BMWs. There are also side missions where you become a stunt driver for an action movie that requires driving exotic cars very fast. You can almost hear the theme song playing as you drive along.

Literally the best part of the game is just the big open world map. You can get a car delivered to you and then just blast along the streets or open roads.

I am also a big fan of Forza’s rewind function. It’s not new, but having a button that rewinds a race a few seconds is a god-send. Especially if you crash on the last corner and don’t want to replay the entire race.

The size of the map means that sometimes you are driving for a long time just to get to the start of the next race. And while a lot of joy comes from just driving about, the lack of a fast-travel option when you need one is annoying. You can unlock fast travel, but it takes a long time and requires collecting hidden items from all over the map.

Wheel spins are the best way to get cars and credits. The online player auctions are ok, but it’s tough to find a bargain, and you don’t need to sell cars if you don’t want to. Be patient and your wealth will accumulate and you’ll be able to buy that Koenigsegg you’ve got your eye on.

Nearly every game requires an internet connection so if you can you’ll want:

fibre + unlimited data + your gaming device plugged in to your modem.

If your modem is too far away, then make sure you have at least a good 5GHz ac WiFi network. Preferably one that can prioritise traffic to your gaming device.

Games can be purchased online and downloaded rather than being sent a physical disc in the mail. A super-fast fibre connection will mean that a download can arrive in a few hours rather than days. Fibre also means lower latency, a must when you’re playing online multiplayer.

Read our Chorus broadband tips for advice on how to set-up streaming at home and tips on getting the most out of your broadband connection.