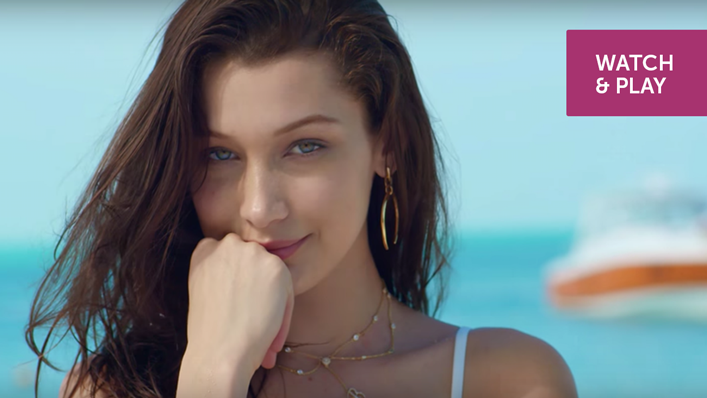 When reality is stranger than fiction

Whether it’s the rise of reality TV or the fact that real life is often stranger than fiction - and with streaming technology now so widely available, there’s been a noticeable increase in the quality and quantity of factual, real-life stories to enjoy. A generation ago, the word ‘documentary’ sounded a major snooze-fest, but in the 21st century, docu-series and documentary films often throw up better thrills, mysteries and twists than a scripted drama.

A mesmerizing dive into the world of supermodels, rappers, Instagram influencers, and Manhattan millennials, Fyre is the story behind one of the most public fraudulent events in entertainment history. In short, it’s the story of how entrepreneur Billy McFarland and his friend, rapper JA Rule, created a company called Fyre – designed as an Uber-style app to book entertainers. To promote the app, the company decided to hold a music festival on an island in the Bahamas that once belonged to Colombian drug lord Pablo Escobar. From there, it’s a bonfire of vanities, destructive self-belief and sheer incompetence. The rise of social media and people’s desire to record all aspects of their lives provides compelling content and the willingness of interview subjects involved with the festival to share everything, paint a vivid picture of this unbelievable epic fail.

A seven-part true crime story that’s essentially a historical investigation into the 1969 murder of Sister Cathy Cesnik, a young English teacher at a Catholic high school in Baltimore. This is a classic Netflix docu-series with a Russian doll effect of stories within stories. The emotionally-gripping narrative is driven across five decades by strong women who won’t let the mystery, or Sister Cathy’s memory, lie dormant. You’re continuously pointed in different directions but each turn is a valid and requisite part of the story. It’s addictive watching.

Like a fast-moving food truck on a highway filled with take away joints and the highest of high-end restaurants, Ugly Delicious is a journey through cuisines and food cultures that are both somehow snobbish and egalitarian at the same time. Each episode focuses on a piece of comfort food but explores the whole world of it. Take pizza – where the journey starts with a takeaway box in the USA, all the way to Naples, Italy (the birthplace of pizza) for the authentic dish and everything in between.
The host of the show is Korean-American chef David Chang of Momofuku fame, whose passion for food shines through, making him very likeable (and you hungry). There’s an air of Anthony Bourdain’s No Reservations – the cultural aspects of food feature prominently, and the storytelling breaks as many rules as the food. Whatever you do, don’t sit down to watch while hungry...

Sunderland ‘Til I Die (Netflix)

I learned I was a Sunderland supporter when the English football team made the FA Cup final in 1973 and my grandmother told me that’s who I should support because it was where she was from. I can’t say I’m as hopelessly devoted to the team as some but I have a soft spot for them despite their ability to continually disappoint. And that’s at the heart of this documentary about the team’s slide from the riches of the English Premier League down to the third tier of English football – the fact that despite crushing levels of disappointment, the Sunderland fans never despair and remain surprisingly good-spirited. It’s also a story about a working-class town built on shipyards and mines (where my grandfather worked). Like the team, it’s hard not to love.

Do yo have the fastest broadband available for your home? Find out here.

With climate change a topic hotter than the planet itself, David Attenborough’s sequel to Planet Earth: Blue Planet is the perfect place to go if you need reminding of how fragile and fabulous this blue globe of ours truly is. The beauty of this series – apart from the jaw-dropping cinematography (and it’s impressive) is Attenborough’s ability to illicit an emotional and intellectual response without lecturing or taking a soapbox. Instead, his pure love for the planet and its oceans flows from the screen. It’s educational, family-friendly entertainment that’s as uplifting as it is informative.

The running 2018 update of what’s regarded as the seminal true-crime docu-series. The Staircase, directed by Oscar-winner Jean-Xavier de Lestrade, originally screened on French television in 2004. In the intervening years, as Michael Peterson’s case – accused of murdering his wife Kathleen, who he says fell down the stairs – has taken so many twists and turns, de Lestrade followed the original with two sequels, which all come together in this version. But even 15 years later the original puzzle is as hard to solve as ever. The great value in this is the free access to Peterson right from the start.

Follows six wannabe sommeliers as they prepare for the exam. One for wine enthusiasts or if you loved Sour Grapes, Sideways or Bottle Shock.

The Boss telling stories and playing acoustic versions of his best songs is raw and powerful and a great reminder of his enduring talent – as if you didn’t know that.

Staccato-paced mash-up of a documentary, animation, music, journalism and late-night TV comedy that will either dazzle or disappoint.

Follows daredevil driver and viral video star Ken Block and his team of Hoonigans as they attempt to make the greatest automotive video of all time while racing in the World Rallycross Championship.