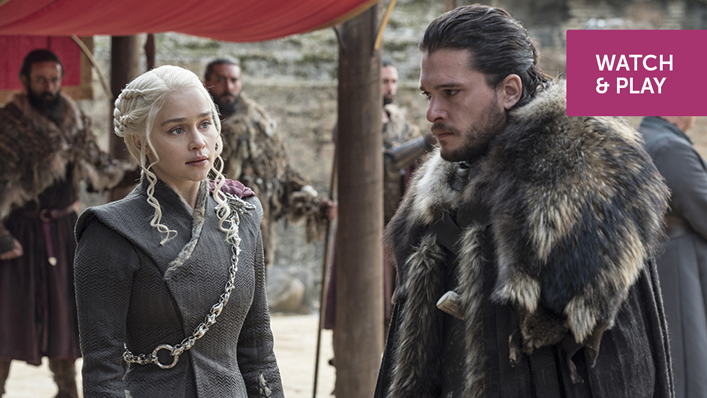 Winter is coming … we’ve heard that time and again through Game of Thrones, but when season seven ended we saw that winter was finally here - and it’s fierce.

The only question now: who will survive?

We’ll find out when the eighth and final series unfolds from April 15 on Neon – and you can be sure there will be deaths, many deaths, revenge, sex, battles, double-crossings and, maybe, a baby. To prepare for all the action and drama, here are the last season’s juiciest storylines. 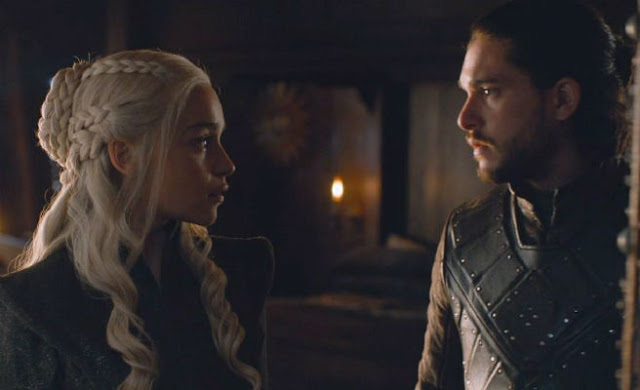 Jon Snow and Daenerys Targaryen have only just officially “gotten together”. Oh, and of course they’re not Jon and Daenerys anymore – they are aunt and nephew – according to the most anticipated reveal of series seven. The two good-looking heroes overcame their mistrust and fell hard for each other and into bed – the dragon lying down with the wolf – before they could learn the truth of their DNA. The eagle-eyed (or is that the raven-eyed) should have seen it coming when a stunned Daenerys watched Drogon allow Jon to get up close and touch the dragon’s face. Drogon knew what everyone didn’t – that Jon is family.

Jon, rather than being Ned Stark’s illegitimate son is, in fact, the offspring of Ned’s sister Lyanna, who eloped with Daenerys’ father Rhaegar Targaryen. It was true love, not a kidnapping as suspected (and therefore Robert’s rebellion was for nothing). And what’s more, Jon – or rather Aegon Targaryen to give him his real name – is the now rightful heir to the Iron Throne. We’ve heard Daenerys say she can’t have children but hey, magic can happen … and will this child be the ruler to unite the Seven Kingdoms?
Only time will tell, and we’re running out of it. Plus, there are more pressing matters for Jon and Dany – and everyone else to attend to – because Jon has proved his point to the disbelievers, particularly the current Queen, Cersei Lannister, by revealing the captured wight.

The captured wight rattled Cersei for the first time in seven series and she agreed to help Jon and Dany try to defeat the Night King. But behind closed doors, Cersei showed she was oblivious to the fate of the entire world and plotted with Euron to get a bunch of mercenaries – the Golden Company – to mop up what remains of her enemies once they have exhausted themselves fighting the Army of the Dead.

As short-sighted as ever, all she wants to do is hang on to power.  And her assumption there will be any survivors is the sort of complacency that will lead to the kingdom’s demise. Jamie understands Cersei’s double-crossing intent, and it proves too much for brother-lover. He ends their toxic love affair to pursue the more noble cause alongside Jon and Dany.

As an aside, is Cersei also pregnant? She told Jamie as much and let Tyrion in on the “secret”. But true fans know that Cersei lives her life by the prophecy she was given as a teenager – and the prophecy stated she would have three children, which she has done with Jamie. But there was also the fourth – the mysterious dark-haired child, Robert’s only true heir – who died at birth.

The prophecy is also why Cersei hates Dany – as she was told she’d be overthrown by a younger, more beautiful queen, whom she assumes to be Dany. (Previously she thought it was Sansa, then Margarey…). Cersei also assumes she will be killed by Tyrion as the prophecy said she would be strangled to death by a Valonqar – the High Valyrian word for “little brother”. Tyrion is the only one who fits the bill … or does he?

Have you got the fastest available broadband for your house? Find out here. 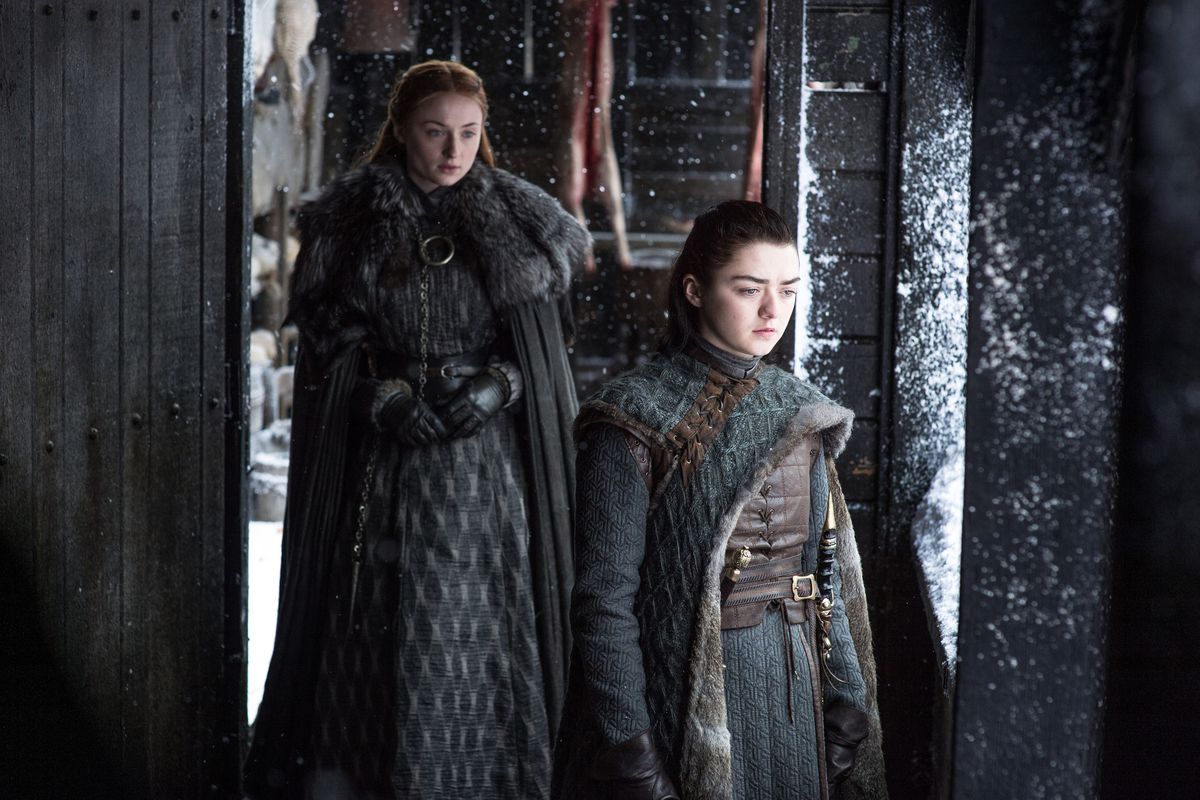 Speaking of sibling relationships, season seven saw Sansa and Arya make like good sisters and get along. Just when it seemed like they’d fallen for Littlefinger’s manipulations they came to an understanding of each other. Arya killed Littlefinger (hooray) and found, for the first time in her troubled life, a modicum of peace. Arya still has a kill list with a few key characters on it and we know that as darkness falls she’s somehow going to put her blind training to work and kill a few more people – the question, as always, is who? But we’re getting off track with these personal issues and vendettas – as the battle to end all battles is at hand. 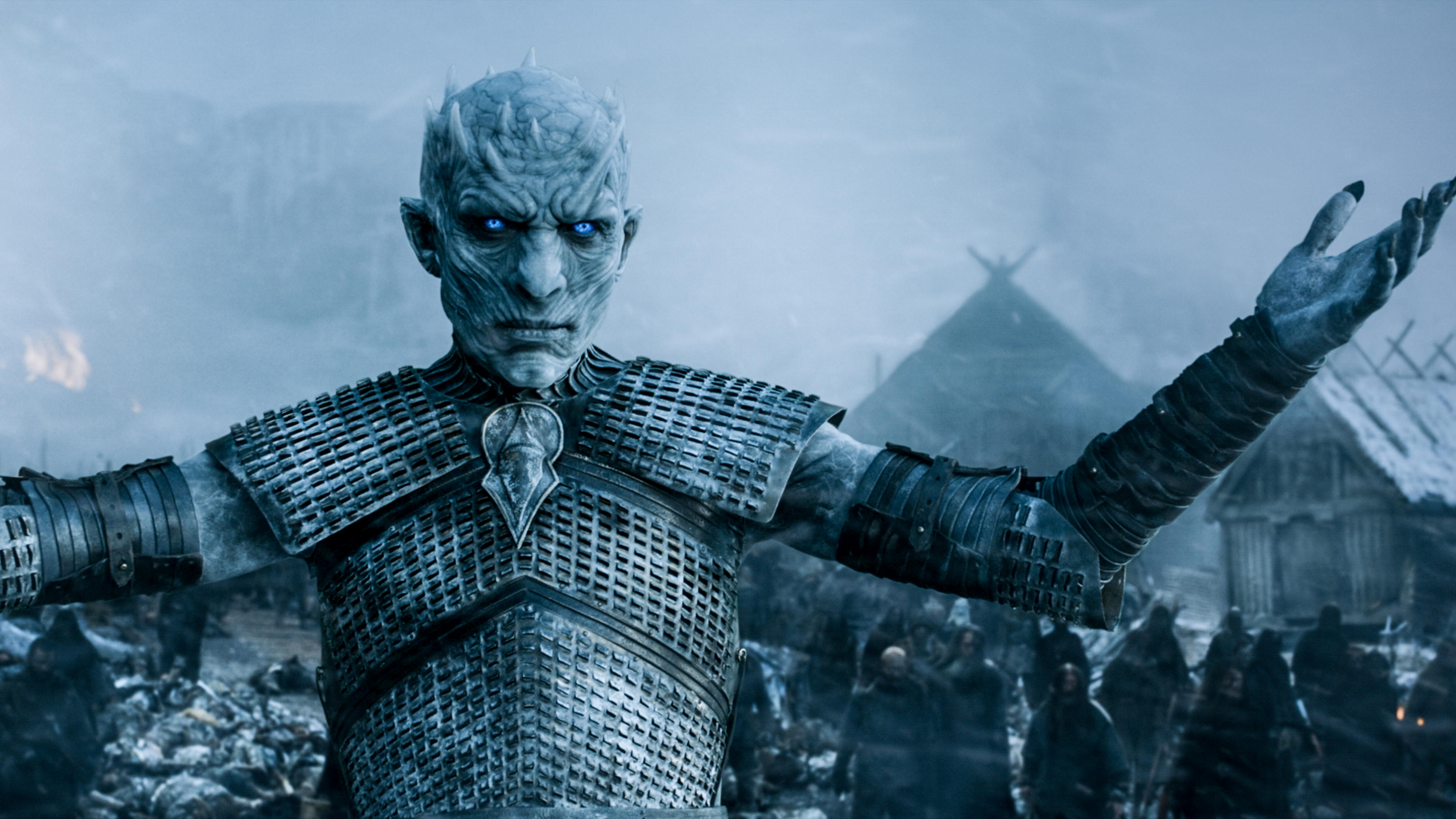 The great thing about the TV series is that it has outpaced George RR Martin’s books – we’re up to season eight and there are only six books in print, with Martin still to produce his finale.

That means we really have no idea what’s going to happen. And to be honest, it’s hard to figure out how Jon, Dany, Jamie and the rest are going to defeat the Night King and his Army of the Dead.

The Night King has slayed one of Dany’s dragons, Viserion, with an icy spear. He then reanimated the dragon – now with those deep blue, icy eyes – and rides it to the Wall, burning it down, and destroying the castle to start the invasion of Westeros.

Given the Night King’s supernatural powers – weapon shattering, fire resistance, reanimation (to enhance his army), dragon-riding, prolonged life etcetera – the biggest question for series eight is how the hell are they going to beat him and his dead army?

We know Dragonglass works against White Walkers (and Jon’s found a mine of the stuff to use) as does Valyrian steel, but that’s in limited supply. The dragons may have a role to play, but the Night King has already killed one of them. There’s an idea the Iron Throne itself can play a role as it’s made of 1000 swords welded together by dragon fire but … this all seems way too obvious and lightweight.

We also know when a White Walker dies all the wights (reanimated corpses) created by that particular Walker will also die. So selective killing can be effective. This discovery led to a new theory; specifically, that if the Night King himself (the original White Walker) were to be eliminated, all of his creations – wights and Walkers alike – would disappear.

But how to kill a creature that’s been alive for 12,000 years …? A deep dive into the past seasons show a very strong connection between Bran Stark and the Night King…a time-travelling, spirit-inhabiting-body type thing. There's also the scene between Bran and Leaf after Bran sees the Children of the Forest created the White Walkers.

Leaf: We were at war. We were being slaughtered. Our sacred trees cut down. We needed to defend ourselves.

Leaf: From you. From men.

There’s one more relevant way to watch the final series – that the Night King, his White Walkers and their wights are an allegory for climate change and that the world of Westeros has been too busy fighting amongst themselves to notice a far greater threat – and some have been outright deniers.

In the books, Martin has shown no mercy – remember back in series one where Ned Stark died and everyone thought that was just terrible? Well, all things die – and maybe Martin will stay ruthless to the end and this is the end of the world as we know it. Or, can the world come together at the last-minute and change their futures?