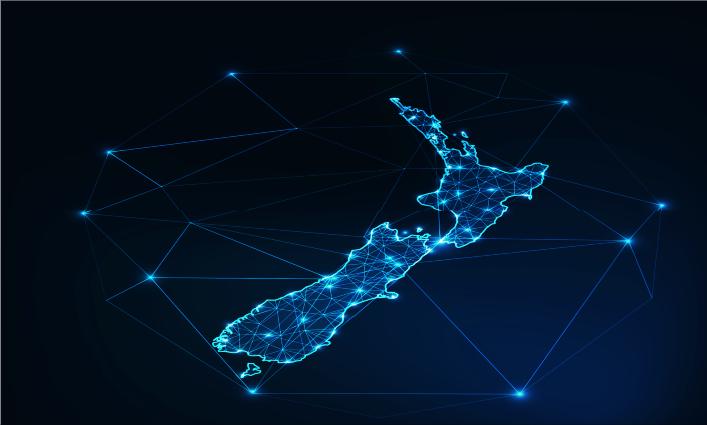 How Kiwis connect with each other has changed dramatically over the years.

From 1862 when the first telegraph message was sent between Lyttleton and Christchurch, it’s crazy to think we can now video call each other today.

Now in the same way the methods by which we communicate have changed – telegraph to phone to fax to mobile phone to email – the network technologies that support those communication methods are evolving now too.

The two main ones underway are the gradual withdrawal of the Chorus copper network and landline phone upgrades. Both changes are happening at the same time so it’s important to be across the details, as otherwise you may end up changing your broadband service when you don’t have to.

This is an old network of switches that connects telephone calls from one person to another. If you’re conjuring up images of a fancy switchboard that pretty much what it is.

As there’s many other ways to make landline phone calls now, using VOIP technology (Voice Over Internet Protocol) which runs over several types of broadband networks, Spark has made the call to start switching off the PSTN.

The move doesn’t just affect phones services either. As the PSTN and Spark’s copper broadband services share some of the same back end systems, Spark has decided to stop providing copper broadband to its customers in those areas where the PSTN is being switched off.

This doesn’t mean people in those areas can’t have a copper broadband or landline phone service anymore, it just means they will have to shop around with other service providers or they can go for a fibre or fixed wireless connection instead.

A well-earned gradual retirement for copper

Completely separate and unrelated to what’s happening with the PSTN, is a change to some parts of the overall Chorus copper lines network.

With most New Zealand homes and businesses now being able to get phone and internet services over the newly built fibre network (and via other modern broadband technology options), some parts of the country are less dependent on the copper lines network for their communication needs.

As a result, in select, typically urban areas where there is high fibre uptake, Chorus is taking a gradual street by street approach to retiring the copper network.

In other places, particularly rural areas, the copper lines network will still play a valuable role for many years yet in providing phone and reliable and fast broadband services to hundreds of thousands of Kiwis.

It’s a very slowly, slowly approach and is being carefully managed with the Commerce Commission playing a referee role to ensure all communications and the process are carried out to ensure no Kiwi home or workplace is left without internet access options.

While both network changes are once-in-a-generation technology upgrades and are happening at similar times, the key thing to note is they are happening in different areas and at different speeds.

The PSTN switch off is happening faster and in more widespread areas while the retirement of some parts of the Chorus  copper network, is happening much slower and on a smaller scale with fewer than 1% of homes and businesses being affected over the next 12 months.

What this means is just because Spark’s PSTN is being switched off in your area, it doesn’t mean you’ll have to move off copper broadband services necessarily.

It could be some time before the copper lines network is phased out in by Chorus in those affected areas and in the meantime copper broadband services could still be available via other providers.

The same applies for phone services. While a lot of people are doing away with the old landline phone now, if you do want to keep it, you can despite the PSTN switching off as the phone service can run over the VOIP technology mentioned earlier. 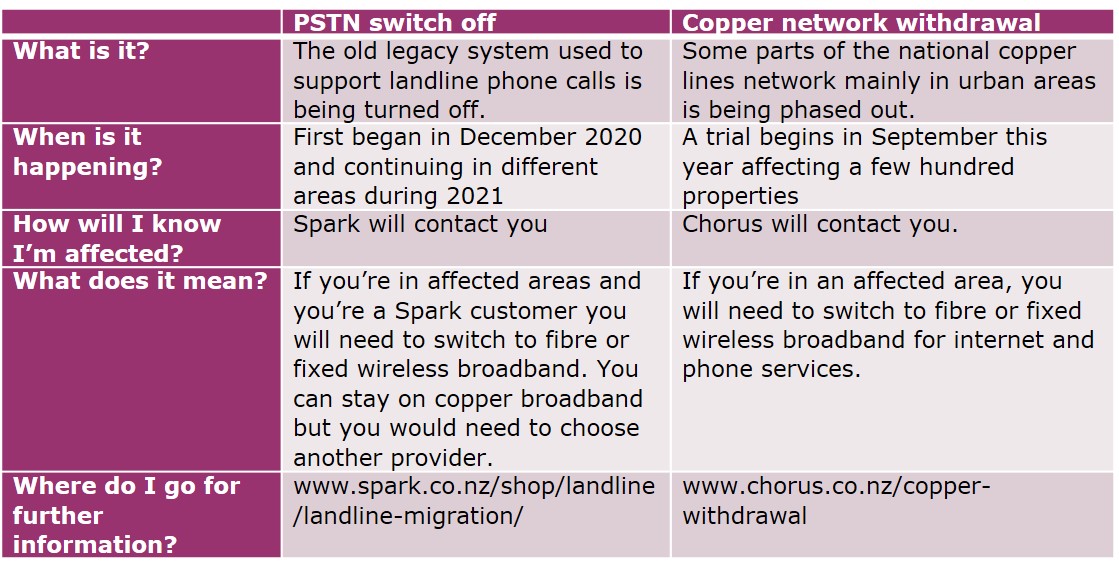 As always, the two key things to remember as part of any discussions with your service provider, is to firstly clarify you really need to make a change.

Secondly if you do, make you’re across all your phone and broadband connection options (fibre, copper and fixed wireless) and the performance of each, before locking yourself into a new service and monthly plan.